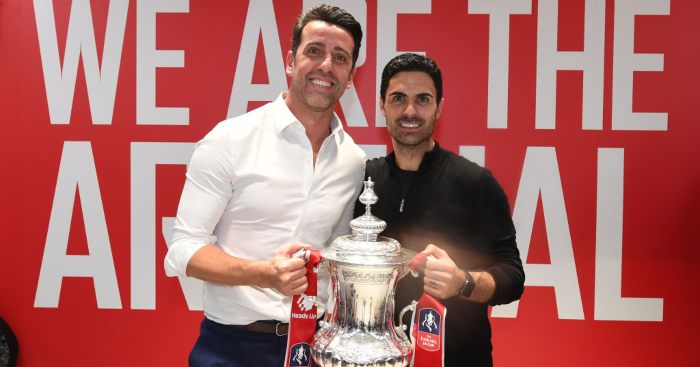 Arsenal technical director Edu says Thomas Partey was part of a “plan” he drew up with Mikel Arteta “six or seven months ago”.

The Gunners paid the Atletico Madrid midfielder’s reported £45m release clause with a little more than half an hour remaining on transfer deadline day.

On signing Partey, Edu told the official Arsenal website: “One day I would like to show the fans how we work, or how we worked, because if you saw my plan six or seven months ago when I did it with Mikel (Arteta), Thomas was there already.

OPINION: Why Partey is not the ‘modern-day Vieira’ at Arsenal

“So you see how many months we had to try to find the right player for the club.

On help from the Gunners’ owners, Edu added: “To be fair, it is a huge investment for this moment which we are in now and of course we need the green light from them.

“When I showed my plan to them, they were so excited, they understand the plan and pressed the green button and then I felt very, very confident because it is not easy to invest a lot of money in this period of time.”