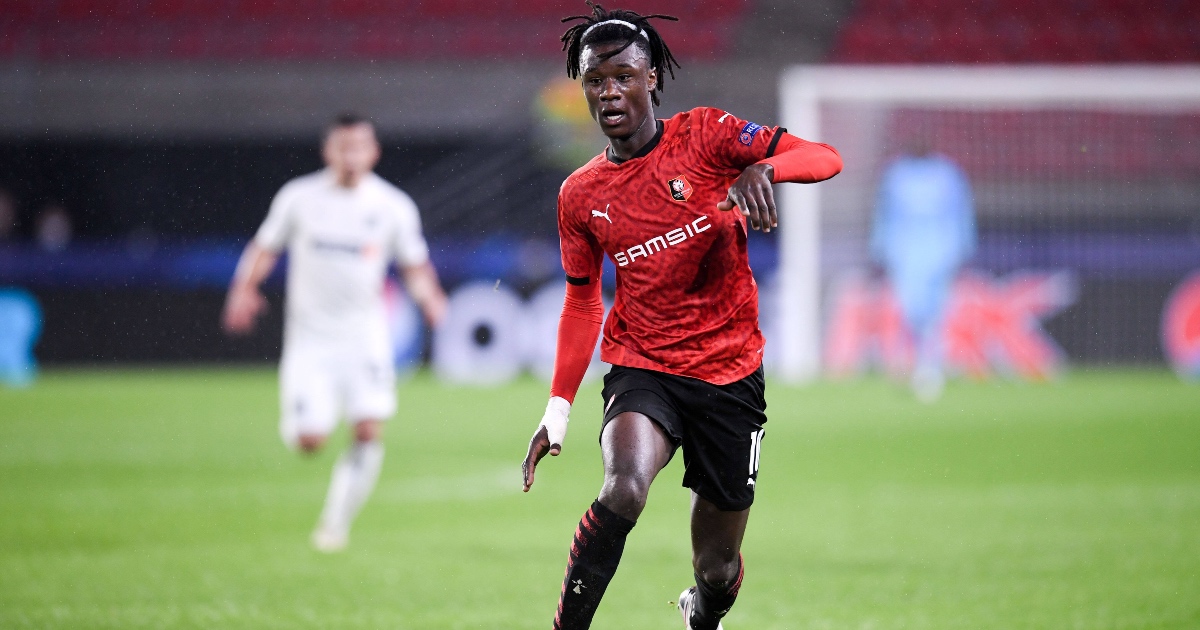 The midfielder, 18, is one of Rennes’ most valuable assets. He has been heavily linked with Manchester United this summer, but it looks like the Red Devils have decided against a move.

According to transfer guru Fabrizio Romano, Camavinga has finalised personal terms with Real, which will keep him at the Bernabeu until June 2026.

On Monday night, Rennes and Los Blancos agreed on a deal worth €31million (£26.5m) plus add-ons.

The French side were forced into a sale after Camavinga entered the final 12 months of his contract, which he was unwilling to extend.

It remains to be seen whether the Frenchman will link up with Real’s first-team or go out on loan.

Manager Carlo Ancelotti already has Toni Kroos, Luka Modric, Casemiro and Federico Valverde available in central midfield. He will also have Dani Ceballos at his disposal once the former Arsenal loanee returns from injury.

Real are operating with limited resources as their finances have been badly hit by the pandemic. Defenders Sergio Ramos and Raphael Varane have left, while attacking midfielder Martin Odegaard joined Arsenal in a £30m deal.

Elsewhere, Liverpool have tied down skipper Jordan Henderson to a new contract. The midfielder will remain at Anfield until the summer of 2025.

He said on the club’s official website: “I’m obviously very honoured and proud to continue the journey I’ve already been on here.