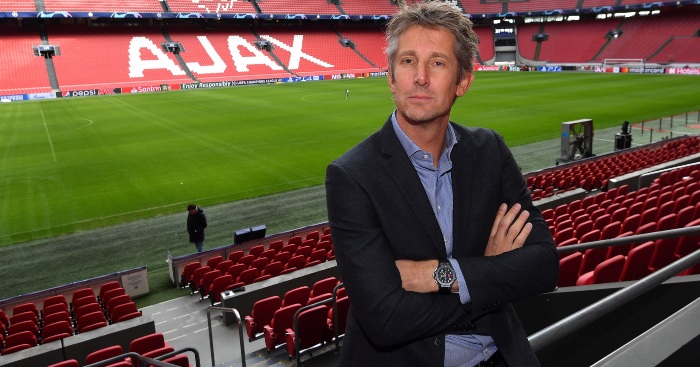 The Times claimed on Sunday that Man Utd ‘have renewed their interest’ in the Dutchman and are ‘weighing up a bid to snatch’ Van de Beek from under Real Madrid’s noses.

The report added that the midfielder had already ‘agreed the outline of a deal to join’ the Spanish giants in a transfer worth €55m (£49m) but the ‘financial crisis’ in Spain means there are huge doubts over any deal.

Real Madrid were thought to be favourites to sign the midfielder but may no longer be in a position to afford him, making Man Utd primary contenders.

And Ajax chief executive Van der Sar has confirmed interest from both Real and the Red Devils, he told NOS: “It’s clear that clubs like Real Madrid and are Manchester United are showing interest in Donny van de Beek.”

Van der Sar has previously warned that “there won’t be a 50 per cent discount” on any Ajax players due to the global pandemic.

But that Van de Beek, along with Chelsea goalkeeper target Andre Onana and left-back Nicolas Tagliafico, will be made available after the club promised to reassess their stance if they stayed for one more campaign last summer.

“Last year, we made verbal agreements with Onana, Tagliafico and Van de Beek to stay another season, and then we look to help each other and find the next step in their careers. Nothing has changed,” Van der Sar told Reuters.

“There won’t be a 50 per cent discount. The clubs can forget about that.

“In January last year, people said we were going to lose seven or eight players but we lost only two key members.

“The big clubs such as Bayern Munich have said the benchmark fee will go down in the next few transfer windows. But it’s easier for them to say because they are the buyers.

“Of course, the 150m-200m euros transfers are gone. But I think there is still a lot of value for players who come from Ajax: Well educated, experienced in winning and playing European football.”