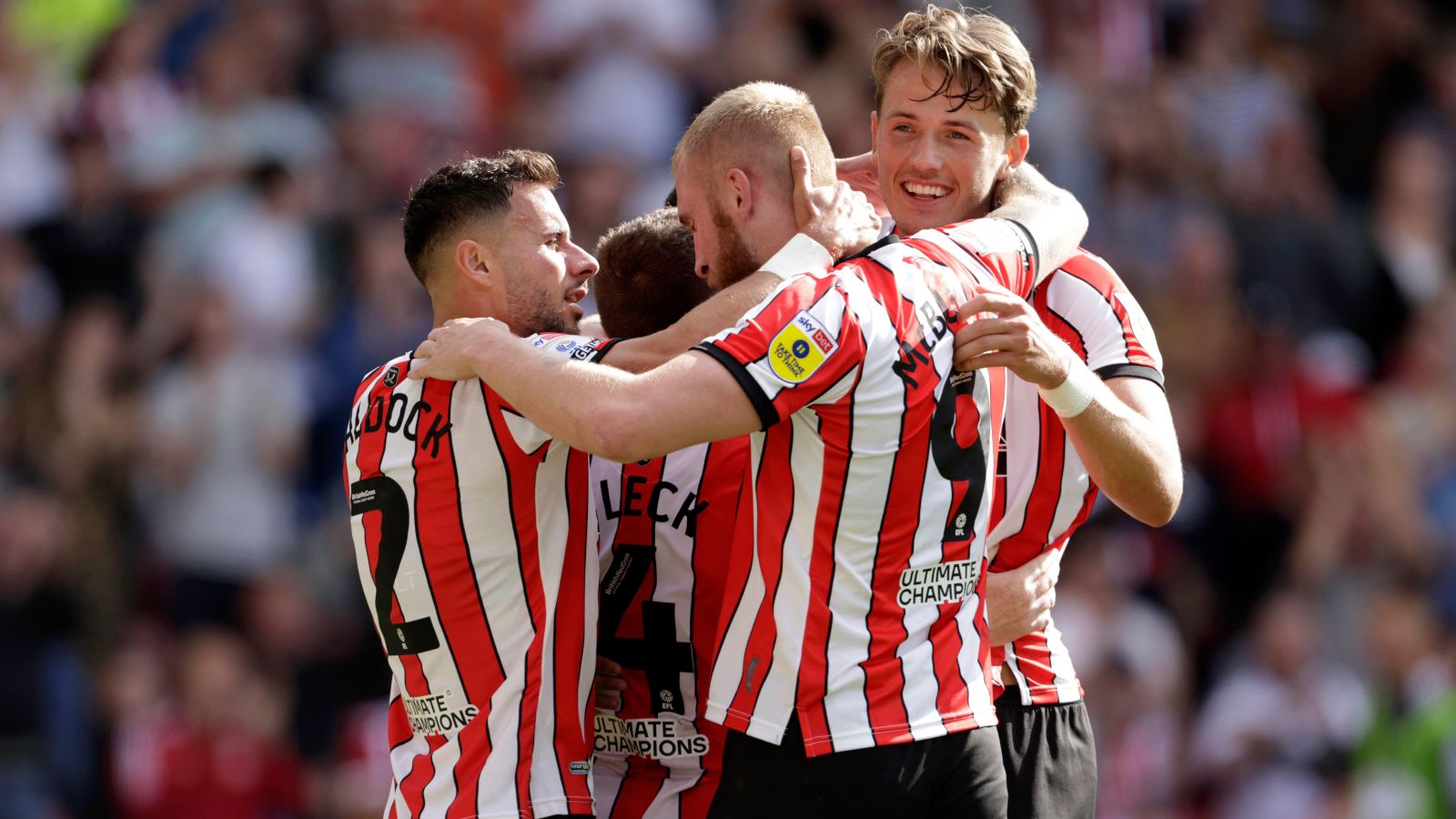 The EFL has announced its teams will return to action on Tuesday night following the death of the Queen.

The league’s weekend programme was postponed as a mark of respect but the midweek matches scheduled for Tuesday and Wednesday are set to go ahead, with tributes to be paid to the Queen at games around the country.

“A minute’s silence will be held before matches, with black armbands to be worn by participants, flags to be flown at half-mast and the national anthem to be played in stadiums,” an EFL statement said.

“With a national policing plan now in operation, the league and clubs will continue to work with forces in respect of any challenges that may emerge regarding policing of specific fixtures.

“Consideration to individual circumstances will be made on a case-by-case basis, in line with standard match safety advisory group (SAG) protocols.”

PA understands all the midweek EFL matches will go ahead as planned, even those taking place in London.

However, it is not yet certain that all matches in the Premier League or EFL at the weekend will go ahead as planned due to the strain on police resources as a result of the Queen’s state funeral, which will take place next Monday.

Sports governing bodies were meeting again with the Government on Monday to discuss the scheduling of events this weekend.

Discussions with UEFA are ongoing over the scheduled European fixtures this week involving British clubs in the Champions League, Europa League and European Conference League.

Rangers’ Champions League tie with Napoli has been put back a day to Wednesday, September 14, due to “severe limitations on police resources and organisational issues”.

As a result, away fans will not be permitted for both matches between the two clubs “as a matter of sporting fairness”, according to UEFA.

The Football Association of Wales said all its competitions can resume from Tuesday.

In London, Tottenham take on Leicester on Saturday evening, while Brentford play Arsenal and Chelsea are at home to Liverpool on Sunday.

“We will work with football clubs to try and ensure that, where possible, football fixtures can take place safely when balanced against the requirement to support national events and deliver day-to-day policing,” said a statement from the National Police Chief’s Council.

“This is a unique situation and we are working closely with everyone involved.”

All six Gallagher Premiership matches next weekend will go ahead as planned unless there is a directive from the Government, the PA news agency understands.

The opening round of Premiership fixtures did take place this weekend, although Friday’s two games were pushed back to Saturday and Sunday.

“As a mark of respect to Her Majesty Queen Elizabeth II, the Betfred Super League Awards, which was scheduled to take place at Headingley Stadium on the evening of Monday, 19 September will now take place at the same venue on Tuesday, 20 September,” said a statement.

LV= Insurance County Championship matches starting on Monday, England’s women’s ODI games on Tuesday, Thursday and the weekend and the Royal London Cup on Saturday will all go ahead, PA understands.

Many other sporting occasions went ahead this weekend, offering spectators and participants opportunities to pay their respects.

In the Test match between England and South Africa at the Kia Oval, players wore black armbands and there was a rendition of ‘God Save the King’.

There were also tributes ahead of the Super League Play-Off Eliminator between Huddersfield and Salford as well as Gallagher Premiership matches.

There will be no racing in Britain on the day of The Queen’s funeral.

The British Horseracing Authority confirmed on Saturday evening that the September 19 meetings scheduled for Hamilton, Leicester, Warwick and Wolverhampton would be cancelled as a mark of respect.