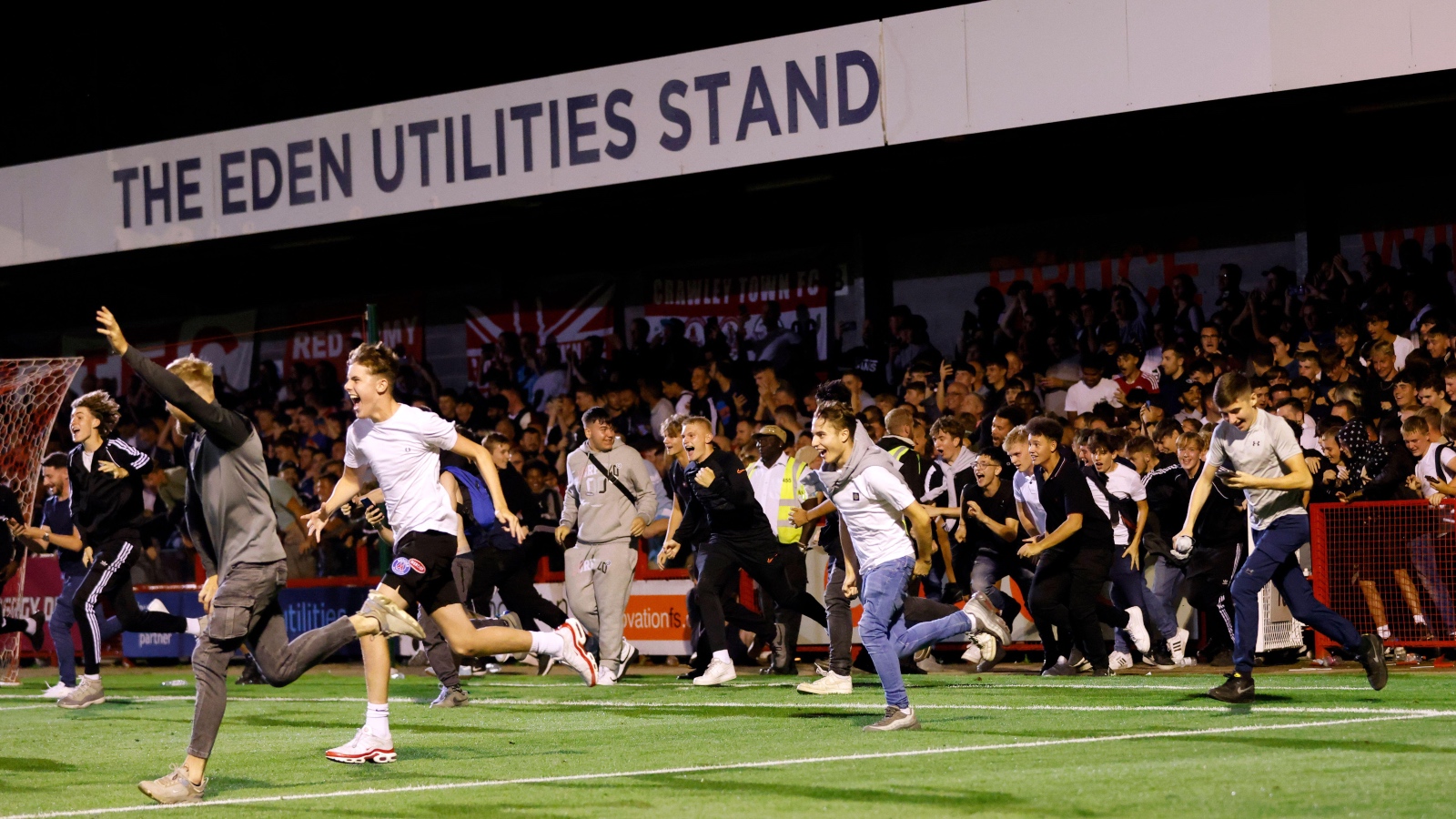 Crawley Town produced the shock of the night in the EFL Cup as they eliminated Fulham, while Leicester needed penalties to beat Stockport County as nine Premier League teams progressed into the third round.

Struggling Crawley set aside their miserable League Two form to dump Fulham out with a stunning 2-0 success.

MAILBOX: Manchester United fans applaud the sh*housery but is it a sign of mid-table hackers?

Kevin Betsy’s side sit second bottom of the English Football League following a single point from five games but deservedly progressed to round three thanks to goals from captain Tom Nichols and Liverpool loanee James Balagizi.

Leicester debutant Daniel Iversen made three shootout saves as the Foxes edged into the third round with a 3-1 win on penalties at League Two Stockport after the 90 minutes ended goalless.

Adam Idah thought he had marked a return from a six-month injury lay-off with a late winner off the bench, only for Brooklyn Genesini to pull Bournemouth level in stoppage time and secure a 2-2 draw to take the tie to penalties.

Aston Villa came from behind to spare manager Steven Gerrard an uncomfortable night with a convincing 4-1 Carabao Cup win at Bolton.

The Premier League side were stunned as Dion Charles gave the hosts a 24th-minute lead in Tuesday’s second-round tie at the University of Bolton Stadium but Douglas Luiz levelled directly from a corner.

Danny Ings put Villa ahead with a 62nd-minute penalty after being fouled by goalkeeper Joel Dixon, who blundered again soon after to hand Lucas Digne the third. Substitute Leon Bailey added another late on.

Edouard netted his first goal in 15 matches and since January as the Eagles coasted to victory at the Kassam Stadium.

Milivojevic then buried a late penalty to gloss the scoreline – and register his first Palace goal since March 2021.

The Mexico star – who celebrated his opener with an eye patch and pirate hook – set the hosts on the way to a 2-1 second-round win.