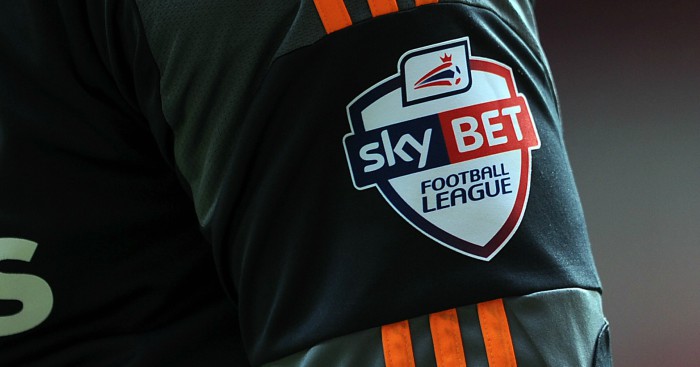 The EFL says it is committed to ensuring supporters gamble in the most “appropriate and responsible way” after agreeing a new title sponsorship deal with Sky Bet.

The announcement of a new five-year agreement – which runs through to 2024 and will take the betting company’s sponsorship of the EFL to 11 years – comes at a time when sport’s relationship with the gambling industry is under scrutiny.

Last week, Hearts striker Kyle Lafferty urged football to reassess its relationship with bookmakers as he faces up to an addiction he admits he may spend the rest of his life tackling.

Earlier this year, former Premier League midfielder Joey Barton was given an 18-month ban, later reduced to 13, by the Football Association for multiple breaches of its betting regulations. He decried the sport’s links with the gambling industry.

However the EFL says it has signed an “enhanced Memorandum of Understanding designed to help its customers stay in control and gamble safely”.

Using the slogan ‘When the fun stops. Stop’, the league has pledged to make a prominent message in the media and say all players in its competitions will wear sleeve patches promoting responsible gambling.

Speaking about the deal, EFL chief executive Shaun Harvey said: “This agreement represents the largest title sponsorship in EFL history and once again illustrates how our commercial operations are maximising the revenue opportunities and exposure for the EFL and its clubs.

“Sky Bet has been a significant and valued partner since first sponsoring the EFL in 2013/14. They have helped support the growth of the EFL and its competitions and I would like to thank Sky Bet, not only for their efforts in the partnership to date, but also for their vision and foresight during the negotiation phase.

“I am delighted that an agreement has been reached and the EFL is looking forward to continuing to work with our friends at Sky Bet from now until 2024 on enhancing the experience for supporters whilst ensuring this is done in the most appropriate and responsible way.”