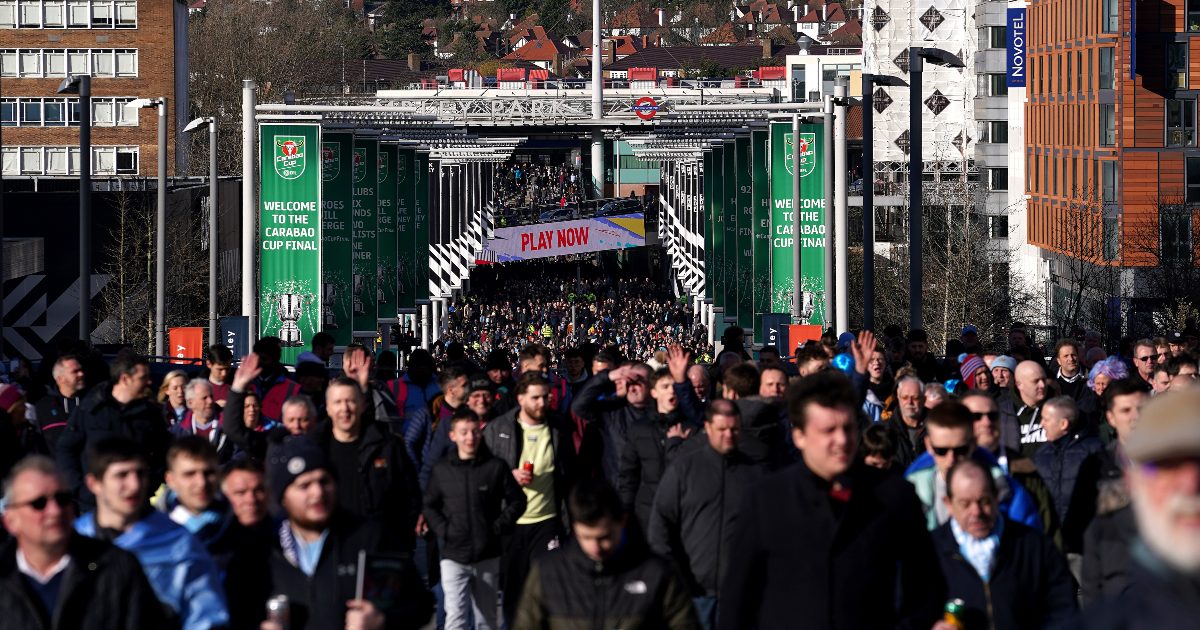 The EFL are hopeful that fans will be able to attend the Carabao Cup final, which is due to take place at Wembley on April 25.

Next month’s Wembley match between Manchester City and Tottenham was not on the Government’s original list of potential pilot events, in line with Prime Minister Boris Johnson’s roadmap out of lockdown.

The FA Cup final, to be played three weeks later on May 15, is to be used as a test event, and the EFL has been campaigning for its showpiece final to also have fans present on April 25.

A decision could even come this week and, were it to get the green light, Government restrictions would limit the attendance at the Carabao Cup final to a maximum of 10,000.

And the PA news agency understands the EFL is confident it can safely deliver a final with supporters in the stadium.

However, it is also understood that there remains a doubt over whether City fans would be allowed to travel from Manchester to London due to the coronavirus restrictions.