The EFL needs help from the Premier League; but what will the big boys want in return? 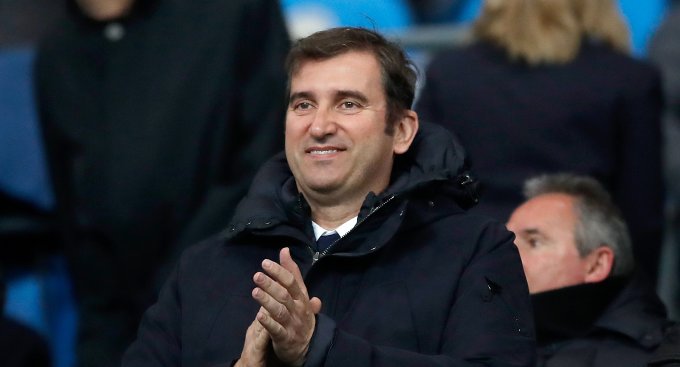 The EFL is stuck between a rock and a hard place, facing a reality where they either see more and more clubs go to the wall, or accept help from the Premier League that will inevitably come at a cost of its own.

Really, what choice do the EFL have? The government do not care and will not help, sniffily tossing lower-league football into the same pile as music and theatre and TV and cinema and comedy and anything else that brings the occasional sliver of joy to people’s lives: they’re nothing more than glorified hobbies, not proper jobs. Just retrain and do something else. Thanks, Dishy Rishi! Heart eyes emoji!

So the EFL are at the mercy of the Premier League. They have no choice but to proffer a begging bowl but, no matter how fervently you wish or believe the Premier League has a moral and logical obligation to preserve the pyramid below, the big boys are not going to help out of the kindness of their hearts because they have no hearts.

Football is not just like any other business to you or me, but to the dead-eyed sharks running Premier League clubs, of course it is. They will want something in return. Probably lots of somethings.

Man City’s Ferran Soriano has made himself the obvious villain by putting his head above the parapet and saying the quiet part loud, but he’s only saying in public what all the other clubs will be saying in private.

“It’s a good opportunity for the different elements of the football business to get together and solve these problems.

“There are other problems, the challenges of developing players in England where B teams are not allowed, we have a development gap of boys that are 17 or 18, they don’t find the right place to develop and for example they are taken from us by the German teams who try to sell them back to us for a price which is 10 times what they paid.

“This is mad, right? This is something we needed to solve and now maybe the crisis will give us the opportunity and will nudge us to get together and solve these issues.”

Man City nicked Jadon Sancho from Watford for £500k (max) and sold him on to Dortmund for £8m – 16 times what they paid.

Also stole Rabbi Matondo from Cardiff for £500k and sold him to Schalke for £11m – 22 times what they paid. https://t.co/5UsIOAD5iC

It may seem gratuitously offensive for someone at Manchester City of all clubs to show zero concern at all for the fate of those in the EFL while simultaneously expecting supporters of those clubs to sympathise about these dastardly Germans pinching our young players and turning them into superstars and then wanting big money for them once our player-hoarding super-clubs decide they’d quite like them back again. And that’s because it is gratuitously offensive. But it would be beyond naïve to think Soriano is any kind of outlier in Premier League boardrooms.

EFL clubs need help, and they need it fast. There is no prospect of fans being allowed back into stadiums any time soon. The earnest desperation of the #LetFansIn campaign is understandable given the bleak outlook for so many clubs, but that doesn’t mean it makes sense. The infection rates are going only one way, and restrictions everywhere are tightening rather than loosening.

The plan to stream games live at grounds for an audience to sit inside and watch is a clever ruse insofar as it highlights the crass, dangerously stupid and frequently illogical inconsistency of rules cooked up on the fly by an incompetent, lazy and uncaring government, but it doesn’t quite do what the clubs need. The idea, evidently, is to say: look, if this clearly higher risk way of watching football can be allowed, then fans should be allowed in the stadium to watch the game that is happening literally on the other side of the wall. But that’s not what it shows. It just shows another thing that also shouldn’t be allowed to happen. Well done for exposing one of the many loopholes in the half-baked, half-assed regulations, but it doesn’t advance your own argument. Not really.

And just because the government has at various times insisted that we should all take risks to help protect the property portfolios of them and their mates does not mean we should stoop to their level for football.

If football really is more than a business and all about the communities it serves then it also needs to protect those communities. It remains reductive to talk about sitting in the stadium itself being relatively safe; it’s everything else that’s the issue, from a half-time piss to queuing for a pie to jumping on a bus.

It’s an ugly situation and there is no easy way out. The EFL and its clubs must beware a Premier League bearing gifts but ultimately they have little choice. However unpalatable it may be, football below the very top level is likely to look very different when this is all over.