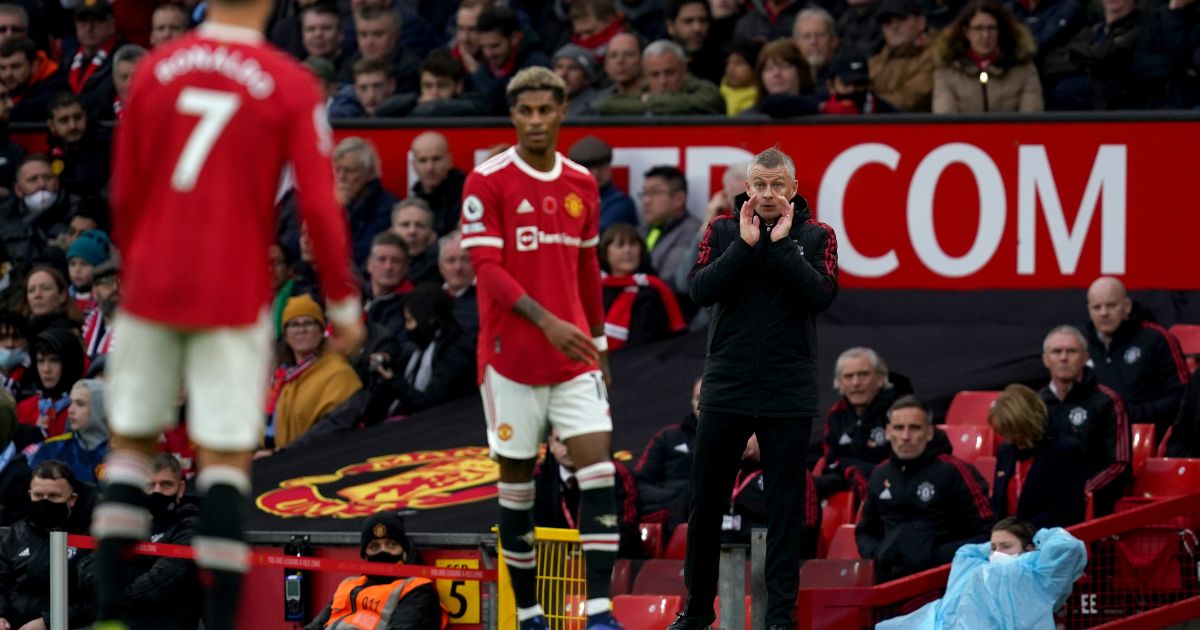 Pressure is building on Solskjaer after a poor run of form has seen the Red Devils slip down to sixth in the Premier League table.

Defeat to rivals Man City before the international break meant Man Utd have now lost four of their last six Premier League fixtures, while they have only won three of their last ten matches in all competitions.

And the mood in the camp isn’t being helped by a group of frustrated fringe players who are unhappy with the way Solskjaer has dealt with their situations at the club.

ESPN claim that ‘frustration within the Manchester United squad has grown because of manager Ole Gunnar Solskjaer’s reluctance to rotate’ with ‘some squad players feeling they have been misled about their prospects of playing this season’.

It is understood that Man Utd boss Solskjaer ‘accepted during meetings over the summer that he had “overplayed” key players during the previous campaign’ and made promises of more playing time to eight players.

That hasn’t panned out with Solskjaer largely sticking with the same players as he tries to turn around their fortunes. ESPN add that ‘in some cases, Solskjaer’s assurances were enough for players to put their plans to leave Old Trafford on ice, only to be left on the sideline once the season started.’

Meanwhile, Man Utd have said talks with supporters to create a fans’ share scheme have reached an advanced stage.

The Red Devils co-chairman Joel Glazer proposed a scheme in June to enable fans to build an ownership stake in the Premier League club.

This came in the wake of a fresh wave of protests against the ownership of the Old Trafford outfit, which in turn was sparked by the club’s involvement in the doomed European Super League project.

Glazer said at a fans’ forum that he hoped the proposal would “reset the relationship” with supporters and “strengthen the club as a whole”.

Updating on the matter, the club have revealed discussions with the Manchester United Supporters Trust have been under way for “several months” but no indication of a target date for their conclusion has been given.

A club statement read: “We are in advanced talks with MUST about a fans’ share scheme which would open a path for fans to build, over time, a meaningful ownership stake in Manchester United.

“This would give fans a strong collective voice within our ownership structure and help cement a new spirit of long-term partnership between fans and the club.”