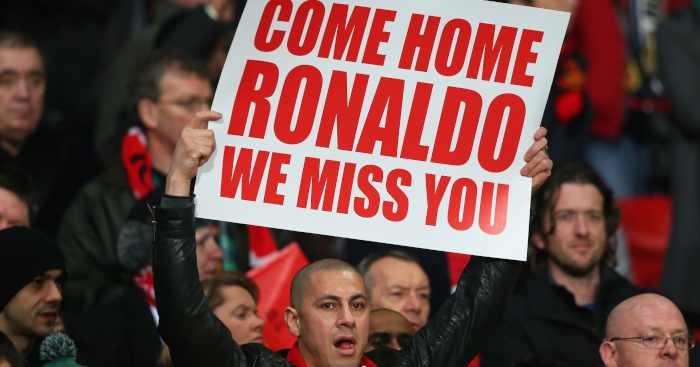 Gareth Bale
The Wales forward has been linked with United since prior to joining Real Madrid in 2013 and virtually every summer since. If he was ever coming back to the Premier League, it seemed almost certain that his destination would be Old Trafford. But now Real are desperate to get rid of Bale, United seemingly don’t fancy him.

Ed Woodward had his fingers badly burned by the last 29-year-old attacker who wanted massive wages to join and there are perhaps too many parallels to be drawn between Alexis Sanchez and Bale, who still has three years remaining on a contract worth around £350,000 a week net. But we shouldn’t be surprised if, towards the end of a tricky transfer window for Woodward, United try to find some arrangement to share the burden of Bale’s salary with Real.

Woodward has tried to woo Bale before, leaving it until his move to Madrid was almost done before making a serious play for the then-Tottenham star. As David Moyes explained: “We had offered more money, we tried to entice him. We had a helicopter ready and we tried.”

And every manager since Moyes has been linked with Bale. Louis van Gaal was apparently referring to Bale when he talked of a ‘surprise’ attacking signing in 2015 while Jose Mourinho was waiting for Real to get bored of their £86million recruit. Unfortunately, United got bored of Mourinho first.

Kevin Strootman
This one’s back, is it?

Sky Sports reckon so. Marseille need to trim the fat around their wage bill so, apparently, they have offered United and Everton the chance to sign Strootman on loan. Maybe Solskjaer can succeed where Moyes and Van Gaal failed.

Except, according to Strootman himself, they didn’t. The Holland star told The Independent this year that he has never had any contact from United, despite the persistent speculation. When Moyes was linked with him, like every other midfielder in Europe during the summer of 2013 Strootman went elsewhere, signing for Roma instead.

When Van Gaal took over, United were again linked with Strootman, presumably just because they are both Dutch. During Van Gaal’s two-year reign, Strootman managed only 11 Serie A appearances because of knee injuries, but why let that get in the way of a good rumour?

The now 29-year-old appears to have put those troubles behind him, averaging 31 league appearances over the last three seasons: two at Roma and this one at Marseille. You can’t blame OM for using United to shift Strootman when everyone else is at it.

Ezequiel Garay
If Strootman is being talked up as a possible recruit then a link with Garay must be just around the corner.

The Argentina defender claimed he was close to signing for Ferguson before the manager instead retired in 2013. “Moyes did not believe in me as much but that’s not a problem,” he said later that year while remaining at Benfica, but that did not stop the persistent rumours of United’s interest.

Such claims continued throughout the Van Gaal era and during both summers that Mourinho presided over United. Only 12 months ago, Calciomercato trotted out the headline ‘Ezequiel Garay the new name for Manchester United defence’, seemingly oblivious to the previous five years.

By that time, Garay had left Benfica for Zenit St Petersburg and the 32-year-old has since joined Valencia. Forget the sun shining and the flowers blooming, we won’t accept that summer has arrived until Garay is mentioned as a United target.

Nico Gaitan
Before Garay there was Gaitan.

The winger instead went to Atletico Madrid, and he now plays in MLS for Chicago Fire via a quick earner in China with Dalian Yifang.

Wesley Sneijder
Sneijder was first linked with United by the Daily Telegraph as part of a swap deal with Cristiano Ronaldo headed to Real Madrid back in 2008. The closest he came to adding substance to the many, many rumours was 2011 when he admitted “unofficial talks” had taken place and that he fancied joining Ferguson’s side. The window closed with Sneijder staying at Inter Milan, but the playmaker said a move was “close” before the Italians sold Samuel Eto’o instead.

Similar whispers cropped up again a year later, and once more in 2016 when Mourinho took over Van Gaal, who Sneijder later admitted he had “nothing but trouble with”. By now, Sneijder was at Galatasaray and even he sounded fed up of the gossip.

“The rumours about Manchester have been in play again in the last few days,” Sneijder told Fanatik. “Yes, it is true that I have a special relationship with Mourinho but it is not true that he wants me anyway.”

Thanks for clearing that up, Wesley. Wait, what’s that?

“But of course you have to remember that in football anything can happen.”

Cristiano Ronaldo
The Portuguese superstar has been linked with a return to Manchester United every summer (and most winters) since leaving in 2009. It started with Goal.com‘s report of United’s ‘astonishing bid’ to re-sign the Portuguese in 2010. That did not happen.

The Daily Mirror ‘EXCLUSIVELY’ claimed that United would ‘smash the world transfer record’ to seal Ronaldo’s return in May 2011. That also did not happen.

The forward’s refusal to sign a new Real contract in late 2012 led to both the Mirror and the Daily Mail getting very excited, and while that did not happen, David Moyes tried the subsequent summer. The Scot was allegedly promised by the club’s board that Ronaldo would be joining in 2013. He didn’t, and every transfer window since has seen some ‘fresh report’ of interest from United.

Gabriel Batistuta
Former United chairman Martin Edwards actually blocked Alex Ferguson’s move for Batigol in 1997, and the Argentinean was linked with a move to Old Trafford every year thereafter until about 2001. Ferguson reportedly had a straight choice to make between signing Batistuta or Ruud van Nistelrooy back in 2000, which is around about the same time he scored a rather ridiculous goal against the Red Devils in the Champions League.

Pavel Nedved
The BBC reported Nedved as almost certain to join United throughout 2000, while Sky Sports were among those who claimed the same in 2001 before Nedved left Lazio for Juventus. Also…

@DavidHartrick @F365 Nedved to Man Utd too. Remember ITV announcing it as 100% done during the 98 World Cup.