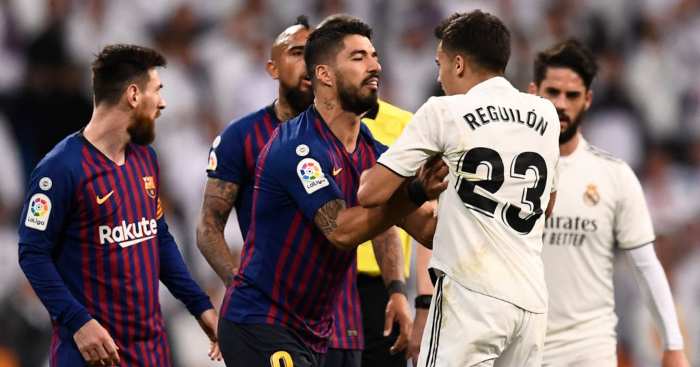 The first El Clasico of the season between Barcelona and Real Madrid has been rescheduled for December 18.

Barca were initially due to host their arch-rivals at the Nou Camp on Saturday, but the game was postponed by the Spanish Football Federation (RFEF) last week because of security issues in Catalonia.

Both clubs rejected a suggestion that the game could be played at Real’s Bernabeu Stadium instead and offered December 18 as their preferred option.

“The decision of the competition committee has come after analysing in recent days the proposals of both clubs, which were invited to agree on a date and which have agreed on December 18 for the celebration of the postponed match.”

The original fixture was postponed following mass protests in Barcelona after nine Catalan political leaders were given lengthy prison sentences for their roles in the 2017 Catalan independence referendum.

Barca had urged the federation to allow the game to go ahead, saying it had “the utmost confidence in the civilised and pacifist attitude of its members and fans who always express themselves in exemplary fashion at Camp Nou”.

The Catalan club confirmed the rearranged date in a statement on their official website.

It said: “We have a date for El Clasico. The Spanish Football Federation’s competition committee has officially announced on Wednesday that the first game between FC Barcelona and Real Madrid this season, originally scheduled for October 26, will now be taking place on Wednesday 18 December at Camp Nou, the date that FC Barcelona originally proposed a week ago.”