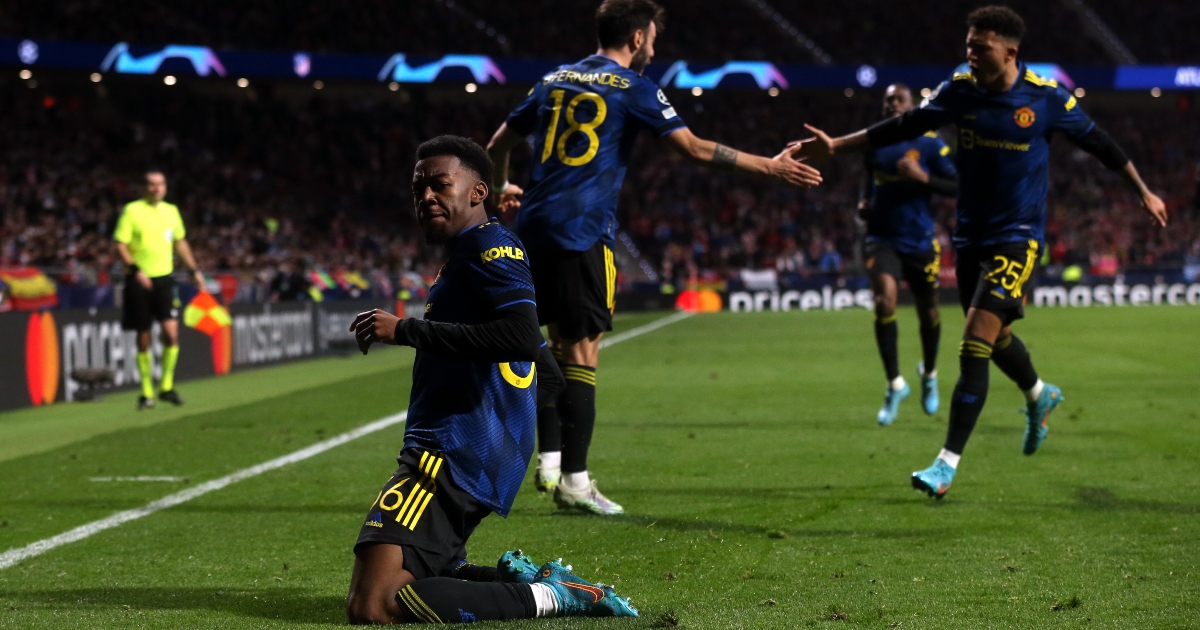 Rio Ferdinand and Michael Owen disagree on the future of Anthony Elanga at Manchester United.

The United teenager came off the bench to score a crucial equaliser for the Red Devils to earn a 1-1 draw with Atletico Madrid on Wednesday.

Ralf Rangnick claimed Elanga is a “role model” for his United teammates, but Owen questioned whether he has the “freakish talent” to lead the side to titles.

“He’s made a difference when he’s come on,” Owen said on BT Sport. “If I saw him playing for any other team I’d say, ‘yeah, this kid’s got something and he’s going to be a good player’.

“Is Elanga and players like that going to take you to the league title or win the Champions League? Are they like Ryan Giggs or Wayne Rooney coming through?

“He’s a very, very good player, but if I’m being brutally honest, if you’re asking me what I think of him, I think he’ll have a fantastic career, but he’ll do very, very well to be a Ryan Giggs or a Wayne Rooney.

“I know that’s comparing [Elanga to some of the greats], but that’s what Manchester United are. That’s what they’re aspiring to be, they were and they’ve got to get back to that.

“If you’ve not got that absolute freakish talent, you’re not really going to be the right… We’ve just spoken about Marcus Rashford – he’s a phenomenal player – he’s got to find another level.

“Because at the minute they’re not playing like they’re going to win the Champions League or the league.”

But Ferdinand warned against comparing Elanga with Old Trafford legends.

He said: “What he [Elanga] brings is an energy, a desire, fearlessness.

“There’s not enough in this Man United team at times. I think to expect to have a young player come through like a Rooney or a Ryan Giggs is blue-sky thinking, that’s like generational-type stuff.

“I think Man United aren’t in that place now. They need sound characters, sound people, honest, hard-working players who you can build around.”