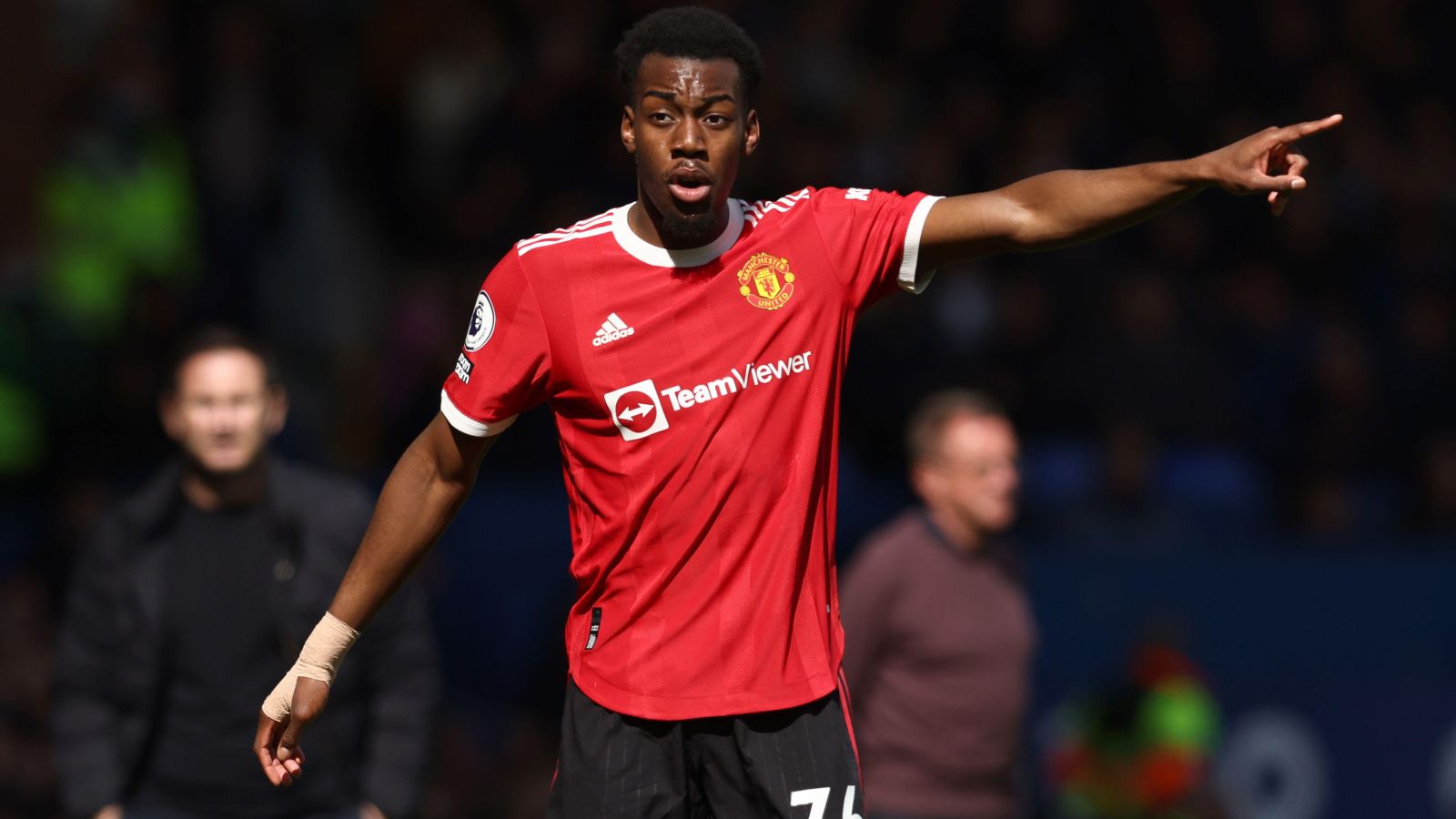 Anthony Elanga says he has asked some of Ajax’s young players for their feelings on Erik ten Hag ahead of the manager’s arrival at Man Utd.

The Dutchman was confirmed as the new permanent Red Devils boss last month and started work at the club on Monday.

Interim manager Ralf Rangnick will take charge of their final match of the Premier League season against Crystal Palace on Monday before handing Ten Hag the reins.

Six first-team players are set to leave on a free transfer when their contracts expire at the end of June while others could leave if Ten Hag wants to raise funds for his transfer kitty.

Rangnick suggested at one point that as many as ten new players could be brought in to the club this summer but that looks unlikely with Ten Hag reportedly being given a budget of between £100m and £150m by Man Utd.

Two players who are likely to stay are Elanga and Scott McTominay and the former has been doing his research on the new Man Utd boss.

Elanga told Sky Sports: “You can see the way they were playing in the Champions League, not only this season but prior to this season, the way they have done in the leagues.

“He has got a fantastic record in Europe and the way he has developed young players, players that I have played against in the youth team as well as in the national team. I have got kind of an idea of what he can bring to the team, and I am really excited to work with him.”

On whether he had spoken to any other players about Ten Hag, Elanga added: “I have actually! I have spoken to some of those players, when I played against them in the U17 Euros, so I have had a chat with them. All positive.”

“You never switch off, even when you’re on holiday” 💪

Man Utd midfielder McTominay is excited to start working under the new coach and wants to report back in the best possible shape after his holidays.

McTominay said: “Your switch off time is your holiday with your family, but even then I am still thinking ‘I need to train, I need to go and do some stuff’ to make sure I am in peak condition for the new coach.

“You never switch off, like even when you are on holiday it is not like go to wherever with your family, you are still thinking about coming back and having the best possible impact on the new coach.”