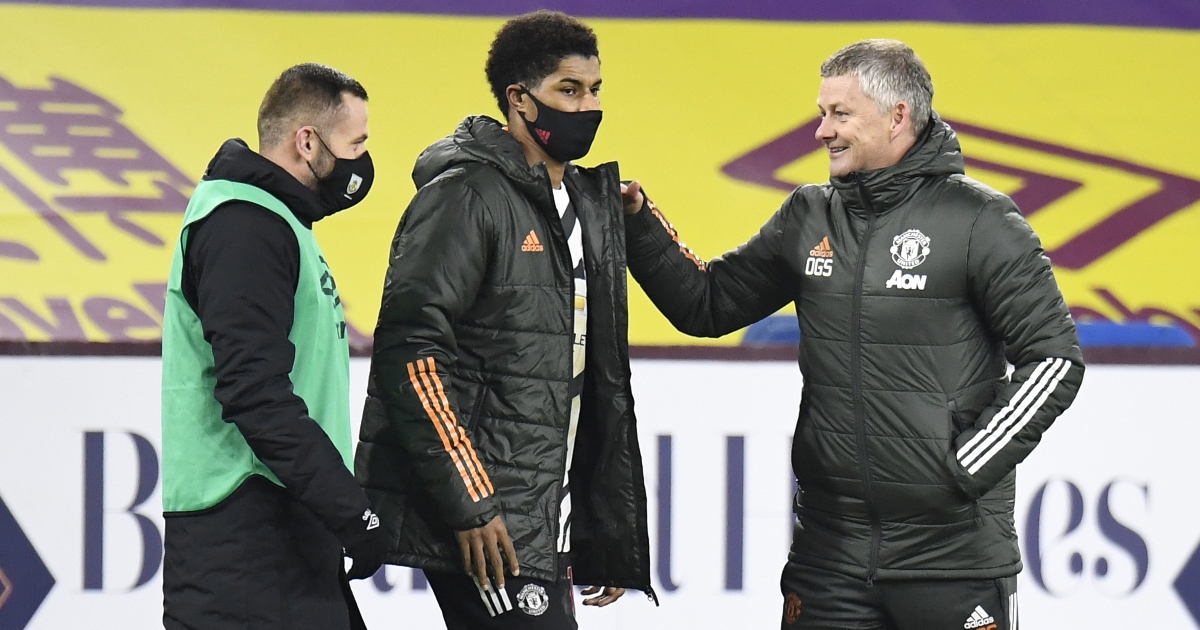 Solskjaer said last week: “I know we’ll see the best of Marcus in the years to come.

His comments left fans angry considering all of the excellent work Rashford has done off the pitch.

However, ahead of Man Utd’s Champions League match against Atalanta, Solskjaer has addressed his comments.

The Norwegian manager said: “Get the elephant out of the room straight away, you know the headline which came before the Leicester game.

“We are so proud of what Marcus has done on and off the pitch. You made headline off one little comment.”

“You know [journalists] what was said and you made headlines out of one little comment that I never intended to be the focus. I was speaking about Marcus going into training not feeling his shoulder or his back and now he can just enjoy his football. I just wanted to start with that one.”

Solskjær: "Just to get the elephant out of the room — we are so unbelievably proud of what Marcus [Rashford] has done on and off the pitch. You know what I said and you made a headline out of one little comment I never intended to be the focus of what I was saying." #mulive

It has been reported that Rashford’s camp were unhappy with Solskjaer’s comments.

This is according to The Athletic, who say the 48-year-old’s comments went ‘down badly with those who believe Rashford could hardly put greater emphasis on his sporting career’.

They believe his words echo judgement from certain media outlets, fans and pundits that he should “stick to football” rather than put his effort into good causes.

And The Athletic adds that ‘his camp are understood to be upset that Solskjaer has conveyed a similar notion, even if no harm was meant’.

The report continued: ‘United argued Solskjaer’s words were misinterpreted — and it is clear he was praising his player — but what the Norwegian said became headline news.’