Home All The News Elliot: Shelvey can get 100 England caps 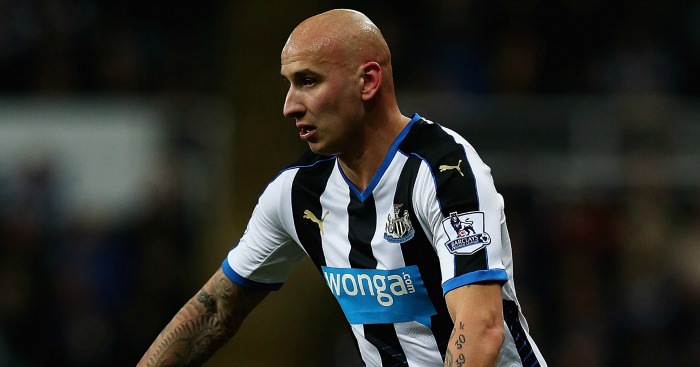 Rob Elliot believes Jonjo Shelvey has the potential to be a ‘hero’ at Newcastle United – and says the midfielder can become an England regular.

Shelvey shined on his debut last weekend as the Magpies beat West Ham 2-1, with the former Swansea man helping to set up Ayoze Perez and Gini Wijnaldum’s goals at St James’ Park.

And the Newcastle goalkeeper, a former teammate of Shelvey at Charlton, has heaped praise on their new signing – and says the 23-year-old does not have a bad attitude.

“I’m lucky enough to know Jonjo well. I knew his quality and I knew he’d be fine,” he told NUFCTV.

“His mentality’s fantastic and I think once he started spraying the ball around (on Saturday), the crowd really warmed up.

“You could see not only the confidence build when he got the ball but you could see the players realising his ability. It’s a brilliant addition to our squad – a squad which is improving and getting better.”

Shelvey, who left Liverpool in 2013 to move to South Wales, could feature in Roy Hodgson’s squad for the European Championships this summer, and Elliot believes his teammate can reach a century of caps for the Three Lions.

“Liverpool let him go too early in my opinion. He’s the only player I’ve played with that could come close to Steven Gerrard and be that sort of player,” Elliot added.