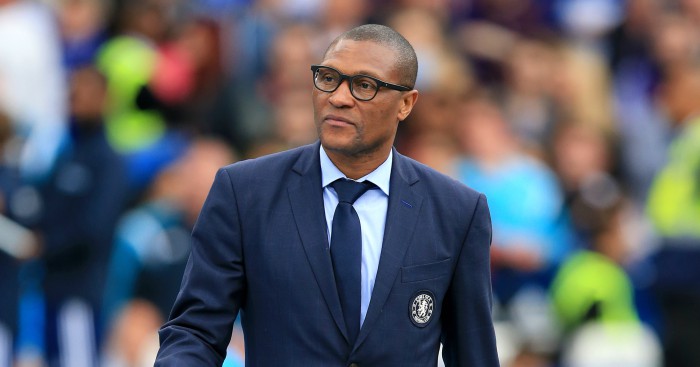 Michael Emenalo contemplated quitting Chelsea last summer, but insisted now was the right time after his resignation as technical director was announced on Monday.

The 52-year-old cited family reasons for his decision to leave the Premier League champions after 10 years at Stamford Bridge.

Emenalo, who played for Nigeria at the 1994 World Cup, has been a key confidant of owner Roman Abramovich, acting as a link between the first team and the board.

Head coach Antonio Conte’s position has been the subject of speculation, but it was an unexpected departure announced following Sunday’s win over Manchester United.

Chelsea insisted Emenalo and Conte had a good relationship, contrary to some suggestions, and chairman Bruce Buck announced his “regret” at the resignation.

Emenalo, who has already been linked with a position at Monaco, told Chelsea TV: “This is not a knee-jerk reaction or decision.

“It is something I have been thinking about for quite some time now.

“Professionally there is absolutely no doubt in my mind that this is a good time for me to step aside and let the club continue to move forward.

“The club is in good hands, an outstanding board of directors, a very generous owner, one of the best coaches in world football who I know from personal day-to-day interaction cares about his work and about the club.”

The former Notts County defender joined Chelsea in October 2007 and has been technical director since July 2011.

Emenalo’s role at Chelsea saw him have an influence on transfers, including the much scrutinised loan strategy, and developing players in the academy. There were summer reports Conte was disgruntled over Chelsea’s transfer activity.

The Blues are considering whether to appoint a single sporting director to replace Emenalo, or to split the role.

Chelsea director Marina Granovskaia, who together with Emenalo led transfer strategy, said: “We will now be reviewing our management structure, and Michael will be a part of that process as we look ahead.”

Chelsea said Emenalo had “contributed to a period of unprecedented success for the first team and academy”.

Emenalo worked as head of opposition scouting and assistant first-team coach under Carlo Ancelotti, having arrived at Chelsea when Avram Grant was boss, the month after Jose Mourinho was first sacked.

Emenalo was criticised for his use of the phrase “palpable discord” and describing Mourinho as “the individual” when the Portuguese was sacked for a second time in December 2015, after his return in June 2013.

And there is a neat symmetry in the fact Mourinho was in the opposition dugout the day before Emenalo’s decision was announced.

Academy graduate Andreas Christensen was selected in the United win, which was a source of pride for Emenalo.

“Andreas, unbeknown to him, gave me a wonderful parting gift,” added Emenalo, a father to three boys, aged 11, nine and seven.

“His performance is indicative of what development is all about. Development equals humility, hard work and timing and Andreas has done all three.”

Chelsea have had seven permanent managers in Emenalo’s time at the club, plus Guus Hiddink (twice) and Rafael Benitez as lengthy interim appointments.

Conte said: “I am very sorry to see Michael leave Chelsea, and I would like to thank him for all his help and support since I arrived at this club.”