Home All The News Emerson: Chelsea players are afraid Hazard will leave 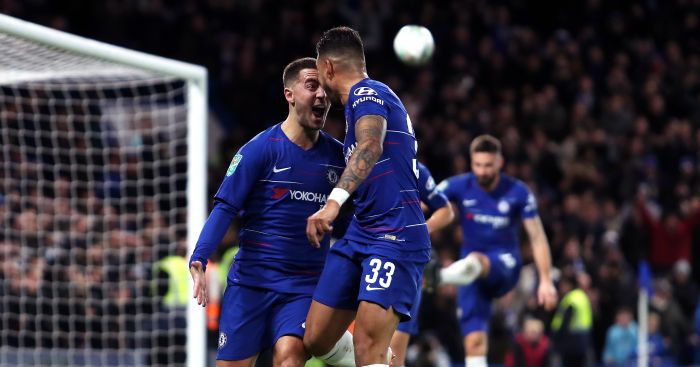 Emerson Palmeiri admits that Chelsea’s players are “afraid” that Eden Hazard will leave the club at the end of the season.

The Belgium international has been heavily linked over the last couple of seasons with a mega-money move to the Bernabeu.

He has sparkled for Chelsea in recent times with 13 goals and 11 assists in 28 Premier League appearances this campaign.

Hazard has five more goals than any of his team-mates this season and Emerson admits that the 28-year-old is not someone they can afford to let go.

“He shows every day how important he is,” Emerson told Sky Sports. “Obviously we have many players of quality in our team but he is on another level, and is one of the best in the world.

“I personally cannot see him leaving, but you never know in football. Like Chelsea fans, we are afraid that he might leave, I still believe that he will stay and we really want him to stay.”

On his own progress, Emerson added: “When I first arrived in January, I was coming back from a serious knee injury. I needed to get back into training, I needed to get match fit.

“I think I have progressed in the speed of play. In the Premier League it is so much faster, you cannot really have two touches on the ball before you get two or three opponents on you. This is something I have grown on, learned to play the ball faster and be more aggressive.”