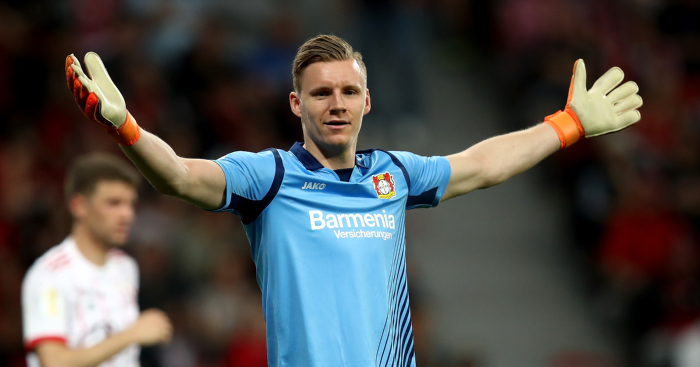 Bernd Leno will be announced as Arsenal’s new goalkeeper this week as Unai Emery acts decisively to replace Petr Cech.

The 36-year-old goalkeeper’s form has been declining sharply and Emery has identified the 26-year-old German as his replacement.

‘Things can go quickly’ says SportBild, who claim that Leno has chosen Arsenal over Napoli, and will ignore rumours of interest from Atletico Madrid.

Bayer Leverkusen are said to want around £18m for Leno, who did not make Germany’s World Cup squad.

It could be a busy week as Sampdoria midfielder Lucas Torreira is expected to become an Arsenal player in the next few days, while Sokratis Papastathopoulos could join from Borussia Dortmund.