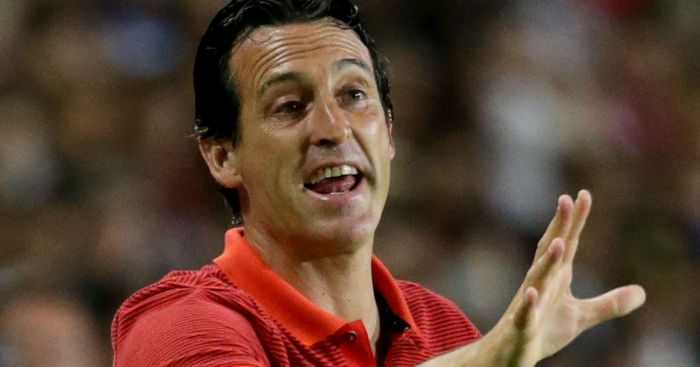 New Arsenal boss Unai Emery has revealed that three of his players could still leave before the end of the month.

There has been speculation surrounding the future of a number of Arsenal’s players since the Spaniard replaced Arsene Wenger as the new head coach in the summer.

Emery has managed to keep hold of the majority of players he wants despite the high-profile desparture of Jack Wilshere to Premier League rivals West Ham.

And the former Sevilla manager admits that Carl Jenkinson, David Ospina and Joel Campbell could all leave before the transfer window slams shut for the rest of Europe.

“We only have three players: Carl Jenkinson, David Ospina and Joel Campbell, with the possibility to leave,” Emery said.

“But the other players are with us and we are going to work in the Emirates the day before the match with all the players.

“Only two young players are going today, to play tomorrow with the Under-23s against Man City away. They are Emile Smith Rowe and Eddie Nketiah.

“The others are with us and tomorrow we decide the group for going to the hotel and also the first 11 and the first 18 players.”