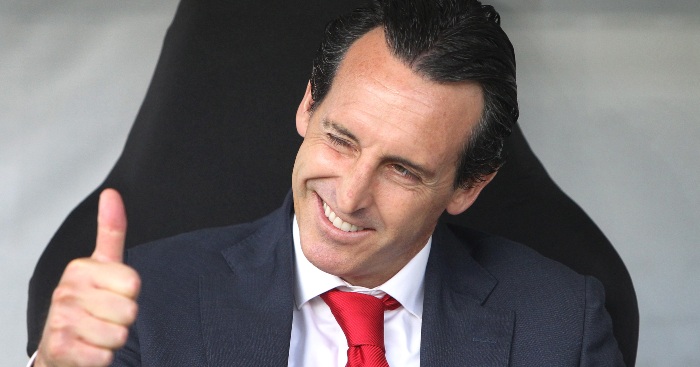 Ainsley Maitland-Niles was sent off for a second bookable offence in the first half but a penalty from Nicolas Pepe and goals from Callum Chambers and Pierre-Emerick Aubameyang secured all three points for The Gunners.

“90 minutes a lot of things happened. When it was 11 v 11 we didn’t control the match how we wanted because we lost a lot of balls in the middle and gave them chances in the transition.” Emery said.

“When we could attack and get the ball in the box we weren’t bad really. We were also creating chances to score.

“After the goal we could be calm and improve and the red card changed the idea.

“For the second half we needed to play first with the head but also with our heart. We needed supporters pushing us and us to take some risks.

“The team spirit was amazing. We need to continue working and improving things.

“Aston Villa is a good team and an organised team. After this I hope we can improve and be strong. Together with the supporters we will be strong for the matches and hopefully improve.

“It is out challenge to improve defensively. They didn’t have a lot of chances to score.”

Emery was not convinced by the sending off of Maitland-Niles.

He said: “He didn’t touch the player. He touched the ball. We had to accept the referee’s decision.”