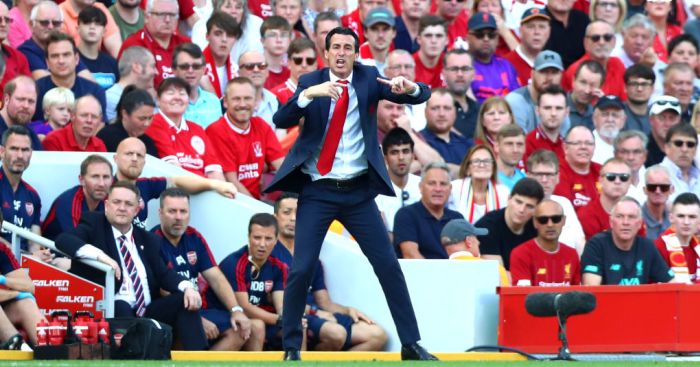 Unai Emery thinks Arsenal can be “optimistic” after losing 3-1 to Liverpool in the Premier League on Saturday.

Mohamed Salah, with a penalty and a superbly-taken individual effort, made it three for the campaign after Joel Matip’s first league goal in 11 months broke the deadlock just before half-time, with substitute Lucas Torreira scoring a consolation five minutes from the end.

Emery told BBC Sport: “Today the first half we worked together. We were doing some transition very good and we had some chances but the second half the penalty was very soft. After 2-0 our reaction was good. We needed to attack and take a different moment in the match.

“Yes we are disappointed we lost 3-1 but watching some players we can be optimistic. We need to improve in possession and countering the pressure but Liverpool is the best team with this.

“We have to be realistic but we can fight closer to them. For me today, without the result there were some good periods we showed.”