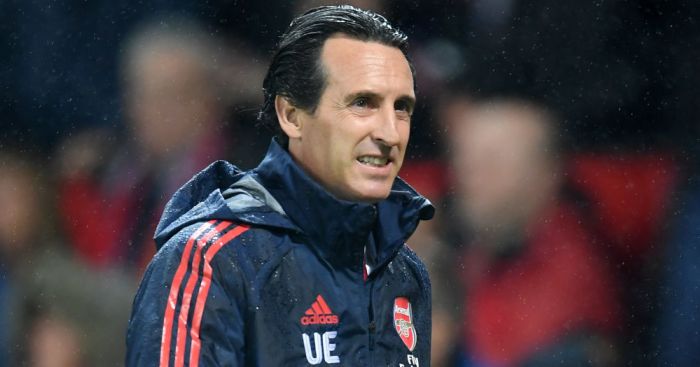 Unai Emery is well aware of the “big motivation” driving Sheffield United this season ahead of Arsenal’s battle with the newly-promoted side at Bramall Lane on Monday.

The Blades are back in the Premier League for the first time since they went down on the final day of the 2006-07 campaign.

Goal difference was the deciding factor, although Sheffield United were left aggrieved by Carlos Tevez’s key performances at West Ham and were eventually paid compensation by the east London club as the signing of the Argentinian breached rules governing third-party ownership.

It was a small consolation compared to the price of losing Premier League status and a return to the top flight looked a long way off until Chris Wilder was appointed manager in 2016.

Under the ex-Sheffield United defender, they have secured two promotions and have already pushed Liverpool this season so Arsenal know this fixture under the lights at Bramall Lane will be a pivotal test of their top four credentials.

Emery said of Monday’s opponents: “They were in Premier League and they lost that in 2007, but they came back with big motivation.

“The coach (Wilder), really his career with that team is amazing and how they are playing is the same as they played in the Championship, with big confidence, good players and their style is to be offensive.

“Also they are defensively very strong and we are analysing the best possible game plan, but really it is going to be difficult.

“For us we need to respect first and then we need to prepare, we need to use our game plan, quality and skills. Really we know it will be very difficult and we need to be very competitive in the 90 minutes.”