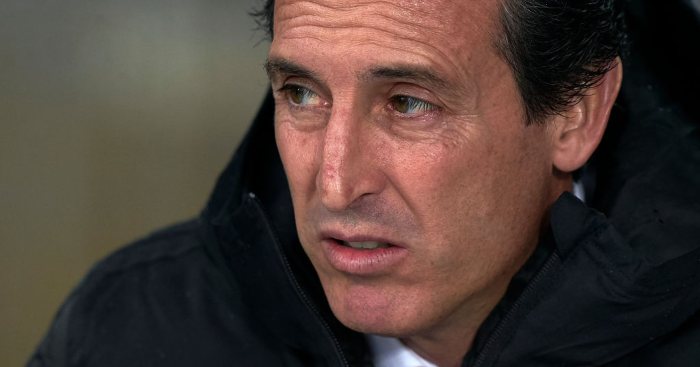 Arsenal boss Unai Emery’s decision to make Pierre-Emerick Aubameyang captain has ‘divided opinion’ within the club, according to reports.

The Gunners are currently in sixth, level on points with fifth-placed Sheffield United after their defeat at Leicester City took their winless run in the Premier League to four matches.

Pressure has been growing on Emery since the beginning of the season with fans getting upset at the lack of improvement since the end of Arsene Wenger’s time in charge.

Emery recently revealed he had taken the decision to relieve Granit Xhaka of the captain’s armband after his outburst at Gunners fans.

Former captain Laurent Koscielny left under a cloud during the summer after refusing to travel on the club’s pre-season tour of the United States, eventually being sold to Bordeaux.

In response, Emery held a blind ballot amongst his players which saw Xhaka’s top the poll, and in a five-man leadership group Aubameyang, Hector Bellerin, Alexandre Lacazette and Mesut Ozil were also selected.

The Spaniard confirmed another vote would not take place and Aubameyang will lead the team for the rest of the season.

And David Ornstein in The Athletic claims that the decision to strip Xhaka of his captaincy and replace him with Aubameyang ‘divided opinion inside’ the club.

The Switzerland international was ‘generally well-regarded by players and staff’ and some ‘within the set-up’ reckon Xhaka has been ‘thrown under the bus’.

‘Others’ at the north London club have ‘lost much of their respect’ for Xhaka after privately refusing to apologise to his team-mates after telling Arsenal fans to “f**k off”.

The Athletic adds that Xhaka has since been ‘involved in a heated exchange with a team-mate’ and that there is a feeling that the 27-year-old could have retained his captaincy if he had ‘said sorry to his peers’.

Emery’s choice of new captain in Aubameyang has ’caused an element of consternation’ and some have questioned ‘his suitability for the role’.