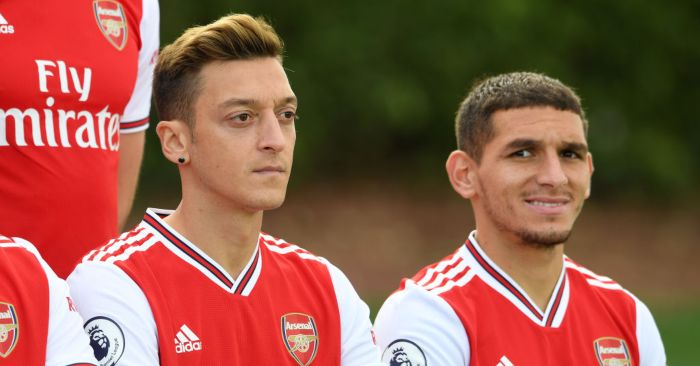 Unai Emery has attempted to explain his recent deployment of defensive midfielder Lucas Torreira as a No. 10.

With Mesut Ozil ostracised in north London, Emery has tried and tested a number of different players behind his forwards to link the midfield and attack.

Torreira has been used in the position a number of times, and the 23-year-old has rather unsurprisingly looked unfamiliar with the role.

As Ozil continues to bide his time on the sidelines, supporters have long been frustrated with a lack of creativity. But Emery explains that he is playing Torreira there for him to lead the press in the opposition half.

“I was speaking with him about his best position to help us in our shape,” said the manager.

“It depends on the shape. Last season his best position was playing as a deep midfield two alongside (Granit) Xhaka or Matteo (Guendouzi).

“This year we are playing also sometimes with just one, and he can achieve with his quality to get to the box and get closer to score and is very intelligent about getting space around the box and taking chances.

“Then also, when we prepare the team to do high pressing, for us he is very important because he is very intelligent tactically but he can play in the two positions – the two midfielders, he can play higher for the pressing and to get into the box.

“Sometimes we also use him as a one-man in midfield doing the covering for the two other players ahead.”