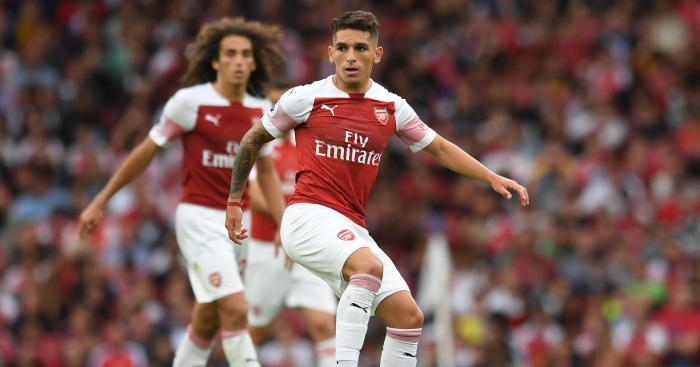 Arsenal manager Unai Emery has been discussing the positions of his central midfielders as he ponders a change at Stamford Bridge on Saturday.

Lucas Torreira could come into the team to face Chelsea after another week’s training; he could be a key player, according to our tactical analysis.

“Yes, he is okay every day and is training good,” said Unai Emery. “He is now with the team and knowing and learning English conversation with us and can understand all the things we want to do tactically on the pitch.

“He is okay, the first match against City he played 15 to 20 minutes and I think this is good, I want to continue with him improving and to be okay to play.”

Emery then went on to discuss his central midfield options, saying: “We can speak about the No 6, the No 8 and the No 10 [roles]. Torreira today is a six, eight. Normally every player has two positions – Torreira is six, eight. Maybe also Elneny is six and eight. Xhaka maybe also six, eight. Matteo [Guendouzi] maybe six, eight or eight, six.