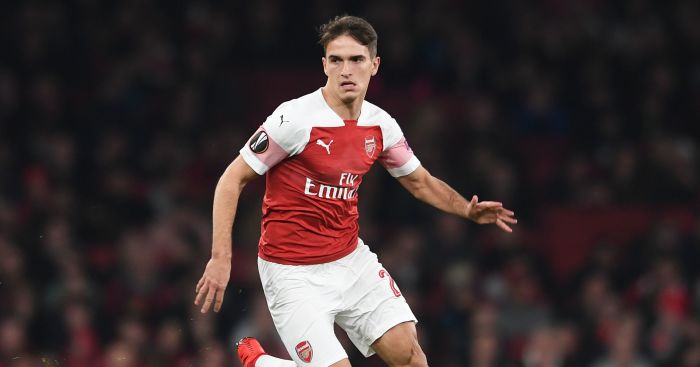 Unai Emery believes Denis Suarez’s form over the international break has demonstrated he is ready to excel for Arsenal.

The 25-year-old has been largely peripheral since his arrival in January on loan from Barcelona and he is yet to make a competitive start for the Gunners.

But an impressive outing at the club’s recent warm-weather training camp in Dubai could lead to him finally featuring in their starting XI.

Suarez played the full 90 minutes and created a goal for Carl Jenkinson in their 3-2 friendly victory over Al Nasr and Emery was encouraged by what he saw.

The Gunners boss said: “He is okay for starting in the first XI, to give us this impact.

“We are going to need everybody, every player for the next matches.

“We decided to go away to train for four days and play a match in Dubai. But it’s the same idea, the same spirit.”

Asked about the time it had taken Suarez to settle, Emery added: “It’s normal. Now we have a lot of players ready, with a big mentality and with a big performance to play and help us.”

Victory on Monday would give Arsenal a 10th successive home league victory, equalling a run they last enjoyed in the 1997-98 season in Arsene Wenger’s first full campaign as manager.

Granit Xhaka will be handed a late fitness test before the visit of Newcastle to the Emirates Stadium on Monday. Lucas Torreira is suspended, but Aaron Ramsey and Dinos Mavropanos are both expected to be passed fit.

“We trained (on Friday) morning and some players were rested to give them one day more before training with us (on Saturday),” said Emery.

“That’s Aaron Ramsey, Dinos Mavropanos. But they can be okay and ready for Monday.

“Xhaka also rested and we are going to wait for (Saturday) and Sunday. But the first previews from the doctor’s analysis is that they can be okay to play on Monday.”