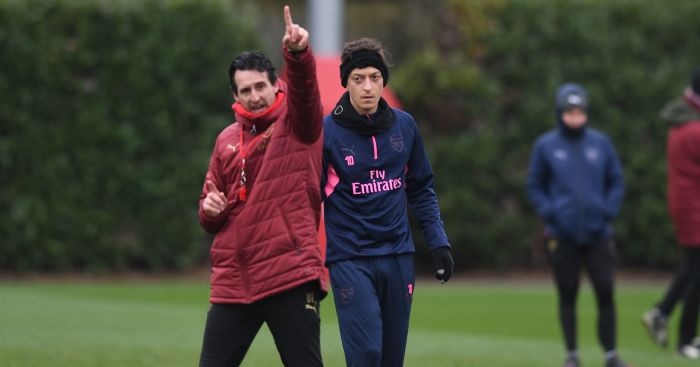 Arsenal manager Unai Emery has insisted Mesut Ozil has the “possibility” to be a key part of his team again.

The playmaker has only featured twice for the Gunners this season, but in an interview with The Athletic refuted suggestions he may leave the Emirates any time soon.

Ozil signed a new three-and-a-half year contract worth £350,000 per week in January 2018 which will run until the summer of 2021 and stated this week he would be “staying until then.”

Talking ahead of Monday’s Premier League match at Sheffield United – the start of seven matches in three weeks for Arsenal – Emery said: “This year started difficult for him.

“He worked well in pre-season and he was playing in the games. But then the problem he had along with Sead (Kolasinac) stopped him. After that he was sick for one week and then he lost a lot of training to keep his fitness.

“But in the last two to three weeks he’s improved with us in training and I think it’s good. I didn’t close the possibility for him to play.”