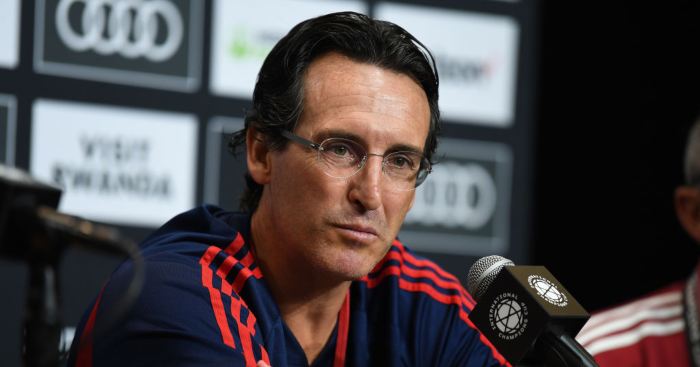 Unai Emery joked that he would rather not play Liverpool this season but insists that Arsenal will impose themselves on the Champions League holders this weekend.

Arsenal are second behind Liverpool in the Premier League both on six points from the opening two games.

The teams meet at Anfield on Saturday in a game which will indicate just how much Arsenal have improved since last season.

“For us we don’t want to play against Liverpool ever,” the Arsenal manager told Sky Sports.

“We’d prefer not to play against them.

“That is really our challenge, a really good test. For the supporters, for all of us, going there with six points is good.

“Really our target is to reduce the distance to Liverpool, Manchester City, Tottenham and Chelsea.

“When we play against them it is a big challenge to show how we can be. Next week is going to be a very good match.”

“We are going to prepare first with the adaptation to them, their gameplan and individual players and after to impose our gameplan and capacity.

“We are going to prepare both defensively and offensively.

Arsenal were thrashed 5-1 in the corresponding fixture last season thanks to a Roberto Fimino hat-trick and goals from Mohamed Salah and Sadio Mane.

Emery and Arsenal will be hoping to avoid a repeat of that game in the late kickoff on Saturday.