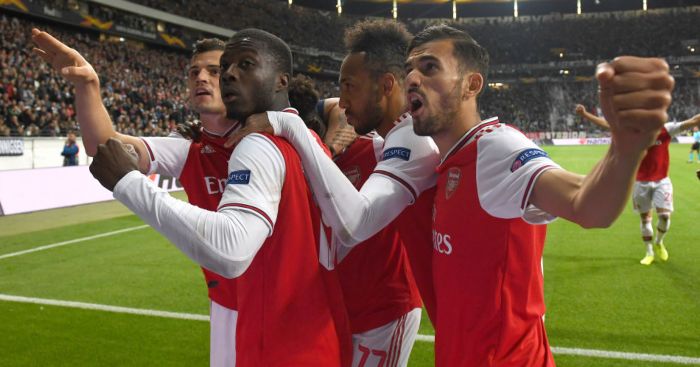 Pepe has faced intense criticism since his club-record £72m move from Lille in the summer.

The winger has scored just one goal – a penalty – with three assists in 11 games.

His most recent match included a shocking miss against Sheffield United, and a subsequent media overreaction, but Emery has played down fears over both his and Ceballos’ development by pointing out that Fabinho benefited from “patience” at Anfield.

“We spent money with Pepe, but Pepe needs time to adapt to the Premier League,” he said.

“For example, in France I loved a lot Fabinho. He was in Monaco and I wanted to sign him for Paris St Germain.

“When I arrived here, also his name was on the table to achieve to sign him, but he signed for Liverpool.

“The first six months he didn’t play, it was adaptation. But now he is amazing and I want the same with (Dani) Ceballos, with Pepe.

“We need patience, but Pepe is improving. On Monday, the key to win was with him. If he scores the first goal, it’s different.

“But it’s one process and I believe in him and I know we need time and patience. The supporters have patience, some more than others.”