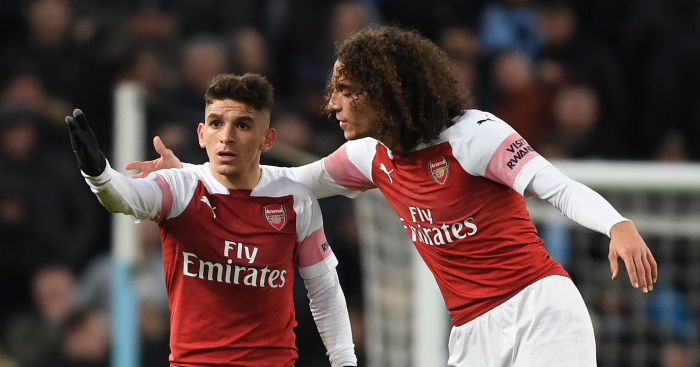 Unai Emery has named two players who can emerge from Arsenal’s 3-1 humbling against Manchester City with credit.

Arsenal were deservedly beaten by the Premier League champions at the Etihad on Sunday, and you can read 16 Conclusions all about it.

The Gunners actually drew level after going behind early to a Sergio Aguero goal, with Laurent Koscielny equalising in the tenth minute.

But Aguero completed his hat-trick just after the hour mark, with Emery suggesting only two Arsenal players truly imposed themselves.

“I cannot say a lot about that. They showed their superiority at the end of the match,” he said.

“I’m very happy with Matteo Guendouzi and Lucas Torreira’s performances today, but they also need time to improve and to take confidence, to take experience for their future here.

“With the result, it’s not easy to say that, but there are some positives that we can look at from our players today.”