Home All The News Emery: No Arsenal plans to play Xhaka against Wolves 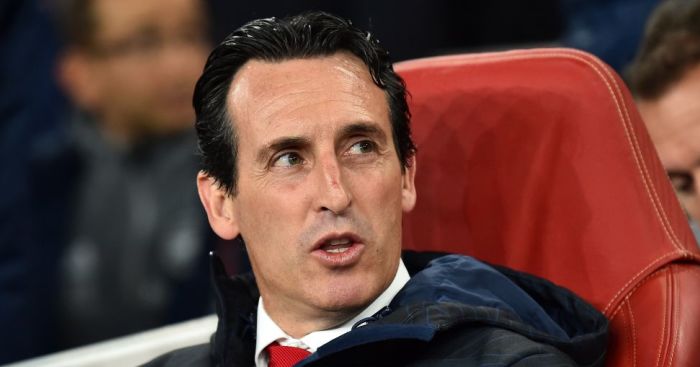 Arsenal midfielder Granit Xhaka is not in Unai Emery’s plans to play Wolves in the Premier League on Saturday.

He didn’t play in Arsenal’s Carabao Cup defeat to Liverpool on penalties in midweek and Emery has confirmed that he will be left out against Wolves.

Emery told a press conference on Friday: “He is training. He didn’t play in Liverpool for me he is continuing, above all [we are] focusing on tomorrow.

“The human, like everyone, feels. Xhaka’s issues last week is one issue that needs time. He needs time to recover the normality in him.

“He said sorry, he gave the apology to the supporters and to everybody. Now is the focus on the match.”

Asked whether he is surprised by how explosive the abuse has been, Emery added: “Everybody maybe we have some social media on our phone, on our internet, on our web. Really to use it is only being intelligent. We can respect the people on social media but we have to separate how much is real. Every supporter is not following that.

“For me the best supporters or the good response is how the supporters respond in our stadium. We have a lot of supporters around the world and we respect them but the real response is in the stadium. In the stadium sometimes it’s normal when we aren’t winning that they respond with some criticism. It’s normal to coach and players.

“Also a lot of players sometimes receive that criticism in the stadium and when you recover with a good performance they forget that and applaud the players and team.

“That’s our objective. To connect with the people, to win and respond the supporters to us, helping us in 90 minutes. This is our target tomorrow.”