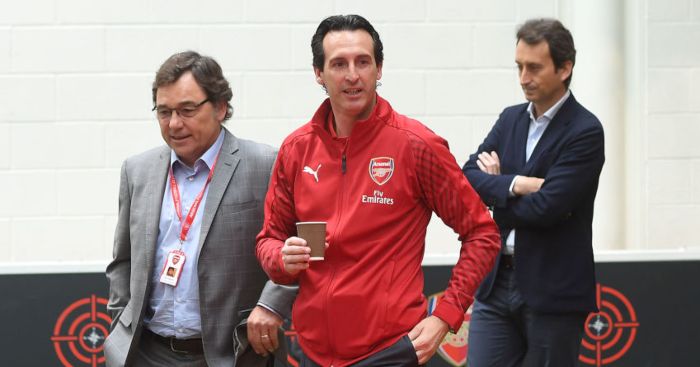 He exhaled, paused, considered his thoughts and offered an answer. “As a manager you’ll always be the figurehead of the club, but there’s a recruitment team in place that will look to bring the players, guys that work very, very hard.”

Having shuffled awkwardly in his chair at the initial question, Brendan Rodgers started to relax. This was, after all, his first interview since being sacked by Liverpool. “Well…it was a group…it was a group decision, really,” he added, symbolising the supposed synergy by outlining a circle with his hands. “It was certainly not something that I would have this whole final say on.”

Then came perhaps the most concise summary of the key difference between his and Jurgen Klopp’s respective Anfield reigns. “It’s difficult because you want a player in, and there’s a list of players, but because the player you want isn’t on that list you have to take someone,” he said. “You can’t have no players. You would have to take somebody, because if you haven’t got a left-back – if you want a left-back to come in, but the one that you want maybe, for whatever reason you can’t bring in – if there’s a list of three or four you’re having to take maybe what’s the best in that group.”

While Klopp waited six months for Virgil van Dijk and 12 for Naby Keita, refusing to countenance signing an alternative for a signing’s sake, in the summer of 2014 Rodgers ran his finger down a list of Luis Suarez replacements headed by Alexis Sanchez, stopping halfway down at the board-recommended Mario Balotelli. It did not end well.

That it was Arsenal who then signed Sanchez and helped send the Northern Irishman into a tailspin that would eventually cost him his job is curious, particularly considering the Gunners are treading that same troublesome path half a decade on.

Arsenal’s squad now is not dissimilar to Liverpool’s in 2014: a handful of genuine stars in a galaxy of middling mediocrity. Philippe Coutinho, Emre Can, Raheem Sterling and Daniel Sturridge offered hope of a bright future, offset by an unreliable defence, a limited midfield and a distinct lack of depth.

But their most pressing problems were played out behind the scenes. As Rodgers struggled for control and relevance at the centre of a poorly defined “recruitment team” still finding its collective feet, Unai Emery is just one of far too many chefs helping cook up a potential shitstorm in north London.

The bitter aftertaste has lingered from January into this summer. The winter window was a disaster, but these next few months promise to be perhaps the most difficult the Gunners have faced in the modern day. Chelsea can at least welcome a raft of returning loan players if their transfer ban is upheld; Arsenal’s own failures have afforded them just £40m to tend to their self-inflicted bullet wounds while firing a few warning shots at their rivals. It will take a gargantuan effort to stand still, never mind to resist falling behind Wolves, Everton or Leicester.

Had Arsenal been required only to correct their mistake in letting Aaron Ramsey leave for free, this summer might not be so daunting. But they have myriad issues to address in defence, midfield and even attack, hamstrung by the ineptitude that derailed their last two months of the season.

Whoever is responsible for this rebuild is a mystery. There is a clear lack of transparency which, while understandable, is hardly helpful. While most Premier League clubs have an established transfer hierarchy, Arsenal’s lacks clarity. Klopp rules the Liverpool roost with the help of Michael Edwards and his team; Daniel Levy and Ed Woodward try – to varying degrees of success – to service the demands of their managers; Marco Silva and Marcel Brands must come to a mutual agreement before making an Everton signing; Mario Husillos has helped West Ham transition from a two-bit operation to much smoother market operators.

Yet Arsenal’s waters are far too muddied. Does the head coach have the “final say” on deals? How much influence does head of football Raul Sanllehi boast? Does Francis Cagigao, inexplicably still interim head of recruitment a full four months after Sven Mislintat left, get the decisive vote? Is chief negotiator Huss Fahmy pulling more strings than first thought? Who, in the event of a deadlock, makes the call?

Emery, appointed with a view to concentrating only on coaching and improving the players bought for him, did so in January. In a miserable month for the club, he lobbied for the arrival of Denis Suarez, interfering to such an extent that Mislintat left a role he had occupied for barely a year in February. Emery helped push for an unnecessary signing, and in turn pushed out one of the club’s key individuals.

With the vacant technical director role expected to be filled by Edu after he parts with Brazil following Copa America – which ends after pre-season begins – Arsenal are being led by a five-man band with no obvious frontman. It is little wonder they are being heckled off the stage by a disgruntled support.

This structure was put in place – by the long-departed Ivan Gazidis – as a direct response to Arsene Wenger’s autonomy; it was an attempt to replace the Frenchman with a system rather than an individual. But it has done more to absolve responsibility than it has to disseminate power.

That will be tested if Arsenal suffer another broken transfer window – and it almost requires near-perfection from too many cogs for them not to fail. Football dictates that the manager, as the nominal “figurehead”, will pay the ultimate price. Rodgers certainly did. And while the appointment and integration of Klopp into Liverpool’s ‘recruitment team’ showed how the group can contribute to the whole, there is little doubt that he is the shepherd guiding that particular flock.

There is no such certainty at the Emirates. Emery is instead one of Arsenal’s sheep, as likely to butt heads with others as he is to agree on the way forward. There is no-one being held to account at Arsenal: their leadership issues are as evident in the boardroom as they are on the pitch, and certainly as damaging.