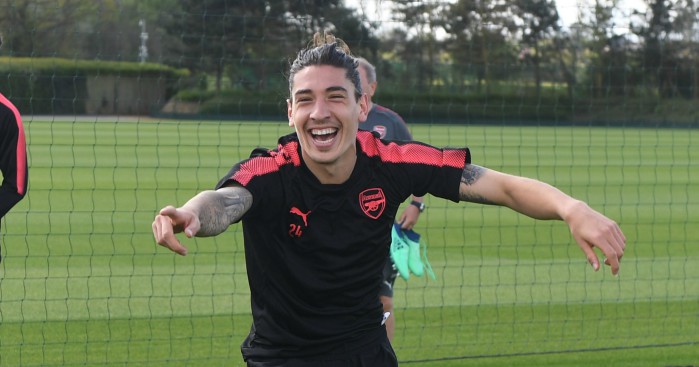 Unai Emery has five ‘untouchables’ that he will refuse to sell at Arsenal – with Hector Bellerin one of them.

Emery was appointed Arsenal manager in May after Arsene Wenger stepped down.

At the time, it seemed as though Bellerin could be edging towards the exit, with Juventus circling.

But the right-back is a key part of Emery’s plans going forward, and the Daily Mirror say Bellerin is one of five players the manager believes Arsenal ‘must go all out to keep’.

John Cross suggests the new Arsenal squad will be built around the Spaniard, with two players in particular already lined up this summer.

The rest of the quintet – declared as the ‘five “untouchables” – have not been named, but Cross does some fine guesswork.

It is thought that Emery ‘rates’ Alexandre Lacazette ‘highly’, and that Granit Xhaka’s recent new contract could be a giveaway.

The other two are suggested to be Pierre-Emerick Aubameyang and Henrikh Mkhitaryan. ‘It would seem obvious they would also not want to lose’ them, having signed them in January, you see.

Danny Welbeck will presumably be added as the sixth ‘untouchable’ in due course.