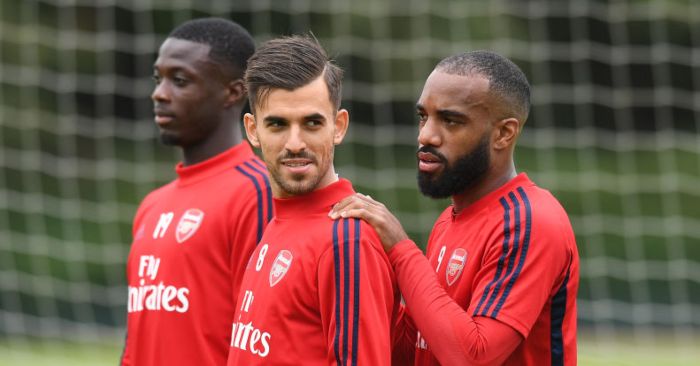 Unai Emery has praised the mentality of summer signing Dani Ceballos as he hopes to hand the Real Madrid loanee his Arsenal debut on Sunday.

The Gunners travel to face Newcastle in their Premier League opener with a host of their summer signings struggling to be fit.

Ceballos, who signed on a season-long loan from Madrid, could be in line to make his competitive bow but it depends if the midfielder is completely recovered after taking a heavy kick to his ankle in a pre-season defeat to Barcelona last weekend.

Emery may now push to include the 23-year-old after Arsenal confirmed on Friday evening that neither Mesut Ozil nor Sead Kolasinac would travel with “further security incidents” being investigated by police following an attempted car-jacking last month.

And the Arsenal head coach is pleased to have Ceballos – who has been capped six times by Spain – among his ranks for the coming season.

“Ceballos’ mind is very strong,” Emery said of his compatriot.

“His mentality. Last Sunday when he received a big kick on his ankle I thought ‘oh, it’s broken’.

“But after, on Monday, he was training – (he said) ‘I’m fine and want to train’. He is showing us every day his ambition, his hunger is big. I think we need players like this.”