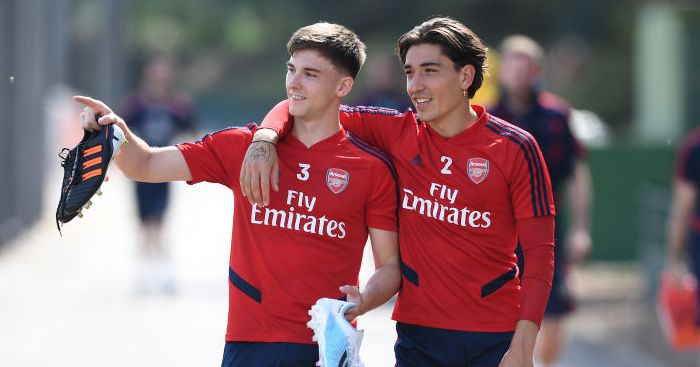 Unai Emery has revealed that both Kieran Tierney and Hector Bellerin could feature in Arsenal’s Europa League clash with Standard Liege on Thursday.

Tierney made his first appearance for the Gunners at the end of last month when they thrashed Nottingham Forest 5-0 in the Carabao Cup.

The Scotland international signed from Celtic in the summer and Arsenal fans will be looking forward to catching another glimpse of the left-back.

On Tierney, Emery told reporters: “He needs time, confidence, training and playing. Tomorrow is a good opportunity, he is ready to play. He will take minutes and confidence.

“He will be able with us to show his progress.

“I asked Kieran yesterday because we were waiting first for him to be with us consistently. Each step yesterday is important to be consistent. He didn’t play in Manchester because he had a small problem, not important, but the doctor told us it was important for him to be here with us, preparing for tomorrow.”

Emery added: “Hector Bellerin is the same but with a small difference. His injury was more time, after a long time, nine months, we need first to play the 15 minutes he played last week. He played in the U23s to take confidence, to do actions on the pitch.

“For tomorrow we are thinking – it depends on the training – tomorrow he is going to play.”