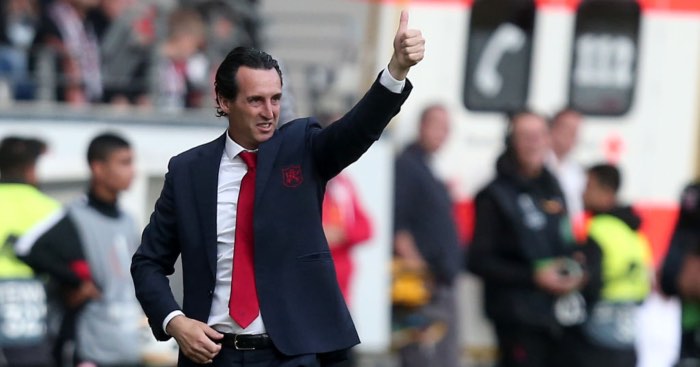 Unai Emery has set his sights on EFL cup glory after a young Arsenal team ran out comfortable 5-0 winners in their third round EFL cup tie against Nottingham Forest.

18-year-old debutant Gabriel Martinelli scored twice for The Gunners and captain Rob Holding scored on his return to the starting lineup.

Arsenal youngsters Reiss Nelson and Joe Willock also got on the scoresheet at The Emirates.

“We played on Sunday but we want to do something important in this competition.

“This was a very good opportunity to play with different players and those who didn’t play much in the last match.

“Nottingham Forest are playing well in the Championship and we had to use our capacity.”

The gloss was taken off the Arsenal victory slightly as Emile Smith-Rowe was stretchered from the field as he came off worse in an aerial challenge.