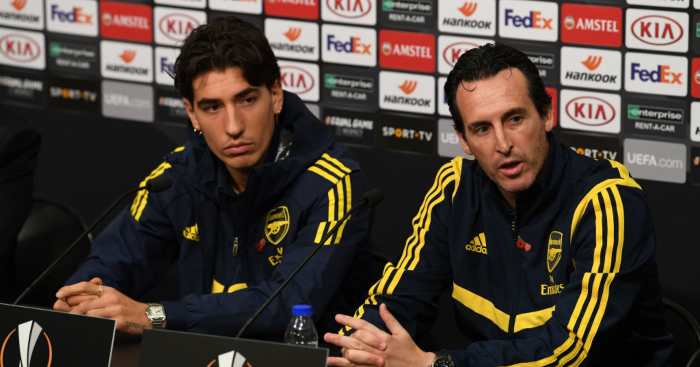 Villarreal are looking to bring in Arsenal right-back Hector Bellerin, who was ‘very sad’ when Unai Emery was sacked by Arsenal in November 2019.

SkySport journalist Gianluca Di Marzio has claimed that Emery is keen on bringing in the 26-year-old this summer, and Di Marzio’s report confirms that the defender will be departing north London this summer.

Bellerin has attracted interest from Barcelona, Atletico Madrid and Real Betis in the past, but the defender’s previous relationship with his compatriot could make Villarreal his ideal destination.

The Arsenal man took to Instagram to speak on Emery’s sacking at the time: “I’m very sad to see @unaiemery_ and his staff go.

“Thank you so much for your trust and lessons in this time. You’ve helped me grow as a man through a tough period with my injury. Wish you all the best.”

Bellerin made 35 appearances in all competitions for the Gunners this season, struggling to stamp his authority on the full-back position in a difficult campaign.

Teammate Granit Xhaka, who has been a controversial figure at the club in recent times, could link up with new Roma boss Jose Mourinho.

Club legend Sol Campbell is keen to see Arsenal hang onto the duo, citing a lack of experienced players at the north London club.