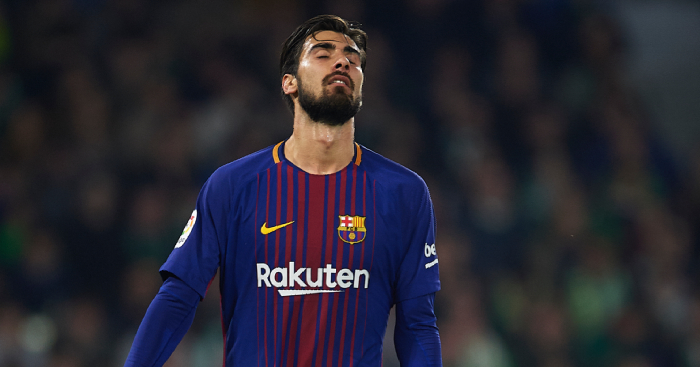 Arsenal manager Unai Emery is ‘willing to agree to the sales of other players’ in an effort to sign Andre Gomes.

Emery has made three signings since being appointed Arsenal manager this summer, with Stephan Lichtsteiner and Bernd Leno arriving from Juventus and Bayer Leverkusen respectively.

Sokratis Papastathopoulos joined from Borrusia Dortmund earlier this week, and now Emery is eager to shape his midfield.

Sampdoria star Lucas Torreira has been targeted, but is still at the World Cup with Uruguay.

According to the Independent, Gomes of Barcelona has emerged as a new target.

Emery reportedly ‘sees qualities in the midfielder that would fit how he wants to play’, and could ship out some more players to ease the pressure on Arsenal’s relatively limited budget.

Gomes has struggled to establish himself at Barca since joining in 2016, and the Catalan club would be eager to recoup most of their initial £29.3m outlay.

The 24-year-old once said his time at the Nou Camp “has become a bit of a hell”. So he might be up for a move.