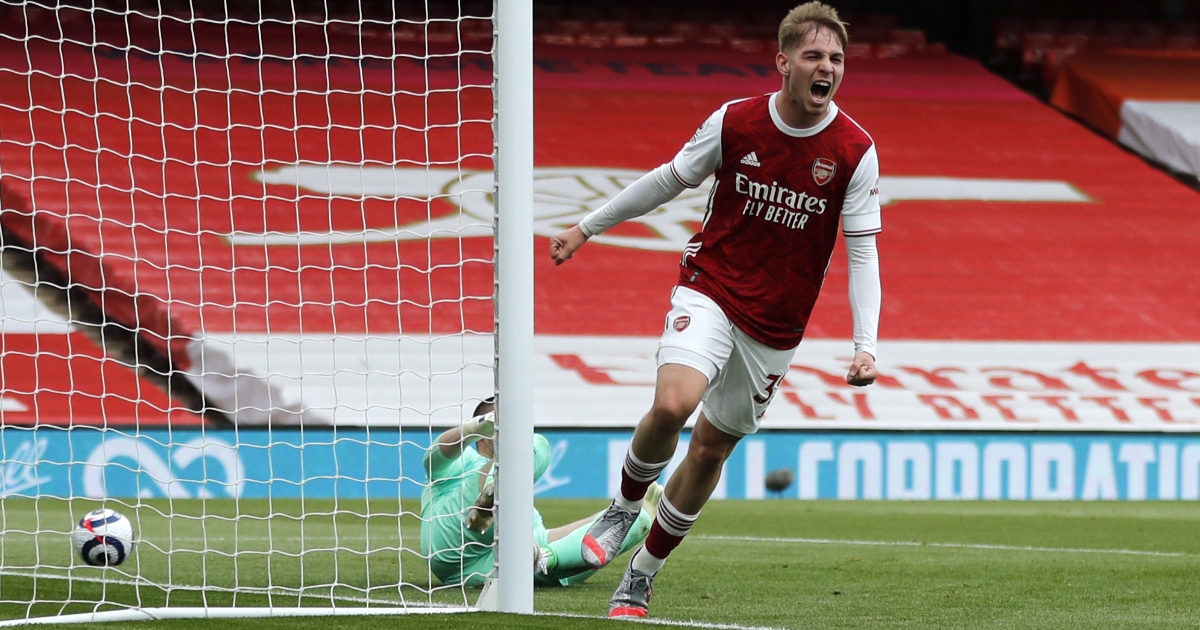 Trevor Sinclair has advised Emile Smith Rowe to think carefully about his future at Arsenal amid reports linking him with a move to Aston Villa.

According to BBC Sport, Villa had a £25million bid rejected by Arsenal for Smith Rowe earlier this week, with the Gunners seemingly unwilling to part ways with the 20-year-old.

Having already added a playmaker to their ranks in Emiliano Buendia, signed from Norwich City for a club-record fee, concerns have been raised in some quarters that Villa are looking to sell Grealish.

Sinclair thinks the departure of the Villa captain could open a door for a player like Smith Rowe, who, despite some fine performances towards the end of last season, is yet to establish himself as an elite playmaker at Premier League level.

The former West Ham man told talkSPORT: “The biggest thing out of all that is, why are they [Villa] looking to buy him?

“I think that points me towards the direction that Jack Grealish could potentially be moving away from Aston Villa.

“I have said it before about Smith Rowe. He reminds me of Paul Merson. Before the ball is coming into him, he’s looking to play it around the corner, first time, then get after it and join in.

“I feel he could be a player that could go in, if Grealish did go, and develop his game. Start playing Premier League football and do himself a whole heap of good.”

Elsewhere at Arsenal, a £40million bid for Brighton defender Ben White has reportedly been rejected.

The Gunners had made White a primary target for this summer, with the 23-year-old having enjoyed a fine season at the Amex.

After Trent Alexander-Arnold suffered a thigh injury in the 1-0 friendly win over Austria, White was named in Gareth Southgate’s England squad for the Euros.

Adam Lallana is confident the defender won’t be fazed by the pressure. He told The Times: “In any case, having played alongside Ben at Brighton & Hove Albion this season, I can vouch that he is a player who steps up the bigger the game.

“He is someone who looks even more comfortable when in the company of the best players.”