Home All The News Emotional Mertesacker thanks Arsenal fans for ovation 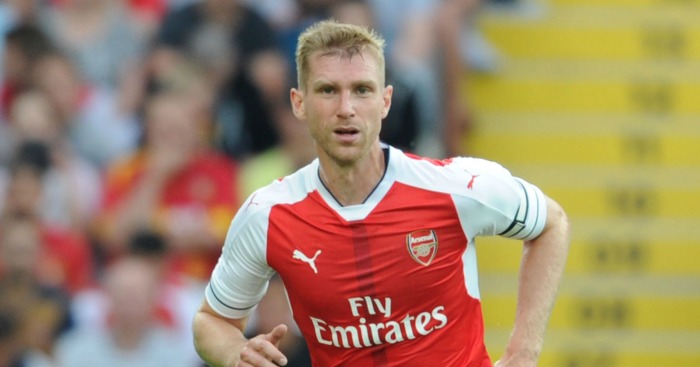 Per Mertesacker thanked the Arsenal fans for the ovation he received at the Emirates in their 5-0 win over Burnley.

There were emotional farewells for both Arsene Wenger and Mertesacker as they featured in the Gunners’ last home game of the season as they routed seventh-placed Burnley.

“It was a beautiful moment,” Mertesacker told Arsenal Player. “It is difficult to sum it up now. It was brilliant, how the team performed and the manager letting me on for the last time.

“The good thing was we were 5-0 up [when I came on], so I could really take that warm welcome and the emotions to enter the pitch for the last time.

“It’s magnificent the way I was welcomed from the first day, and for the great finish as a football player. That’s brilliant and it speaks of this classy club by giving me the opportunity to get such a great ending.”