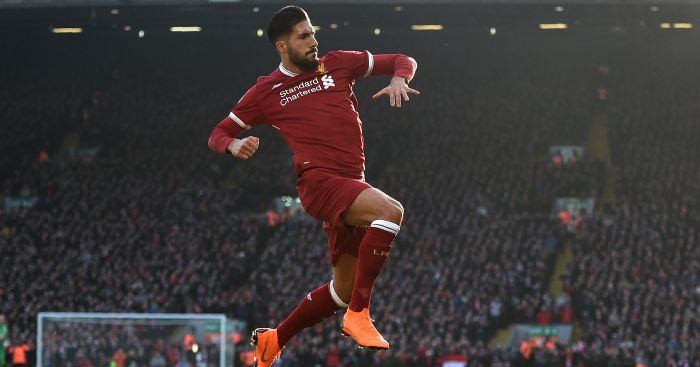 Emre Can has denied reports he has agreed to join Juventus and insists he is focused only on a strong finish to the season with Liverpool.

Can is out of contract in the summer and has been expected to sign a pre-contract with the Bianconeri before completing a free transfer in the summer.

But the Germany midfielder has put his future on hold as Liverpool bid for Champions League glory and a second-placed finish in the Premier League.

“Of course I have to think about my footballing future,” Can said after helping Liverpool ease into the last eight of the Champions League at Porto’s expense.

“I haven’t signed for any other club, I’m just focused on this season. We want to finish in second place in the Premier League, we’re in the Champions League quarter-finals and we want to progress. That’s all I’m focused on now.

“My agent has blocked all the negotiations, I’m thinking only of football.”

More from Planet Sport: Everyone loves a tweener: From Federer to Kyrgios and Monfils (Tennis365)