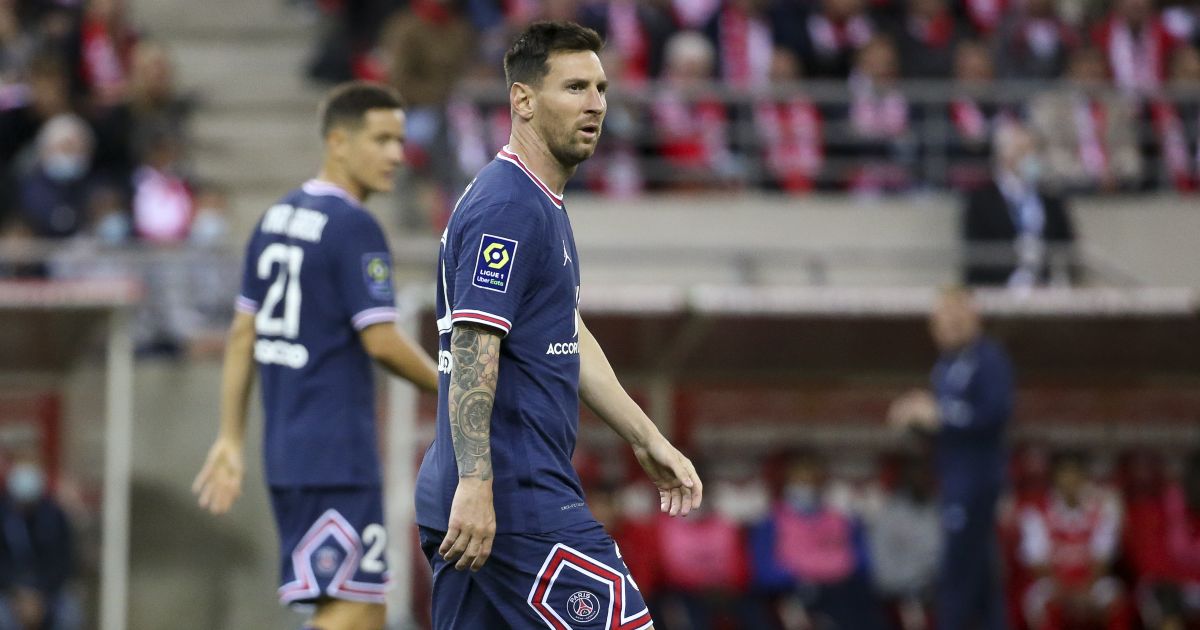 French outfit Paris Saint-Germain are “as dangerous as the European Super League”, according to La Liga president Javier Tebas.

Barcelona have faced a crisis this summer with their crippling debt – and strict La Liga salary cap – meaning they had to allow Lionel Messi to leave the club this summer.

The Argentine moved to PSG this summer on a free transfer with the Ligue 1 side bringing in Sergio Ramos, Georginio Wijnaldum, Achraf Hakimi and Gianluigi Donnarumma on top of Messi.

Seven footballers who battled back against the crowd

And now Tebas has pledged to “work against the club states” in order to avoid something “as dangerous as the Super League”.

“PSG looks like the league of legends given the age of some players,” Tebas told a press conference. “LaLiga has young players like Vinicius (Junior). The problem of PSG, we will solve it. What PSG are doing is as dangerous as the Super League.

“We will continue to grow despite the departure of Messi. We will work against the club states. These clubs are as much enemies as the Super League.”

Tebas has used the departure of Ronaldo and Neymar from Spain in recent years as an example of how La Liga “continued to grow” without their superstars.

Tebas added: “Currently PSG spends more than 600 million euros on salaries (per year), television in France will pay nothing more than 70 million euros, they declared commercial losses 30 per cent above the average of others in Europe… that’s not is sustainable. It can’t happen.

“I miss Messi, Sergio Ramos, Cristiano [Ronaldo]… but nobody is essential. Ronaldo’s or Neymar’s departure seemed like a catastrophe and we continued to grow. It will also happen with Messi, I don’t care about anything.”

When rumours were floating about that Messi could join Pep Guardiola at Manchester City, Tebas also stuck the boot into the Premier League club.

“He won’t be able to sign on the previous conditions, that’s impossible,” Tebas said in July.

“If they do, it will be financial doping. It would be incredible if it happened. We need to establish limits. Financial doping is damaging football.

“It’s not real money because it’s not generated by the clubs. Money not from football causes bad inflation and ruins football because clubs must put in all this effort [to compete], which takes them above their financial capacity.

“We have to fight against this. This is one of the pending issues in European football. If it’s not solved, the game will find itself in a very complicated situation.

“We always want the best players, but Neymar left, Cristiano Ronaldo left and we’re still here, still growing. And as far as I know neither Serie A nor Ligue 1 have grown as much as they would have liked.

“When the Italian [league] took Ronaldo, they said to me broadcast rights would go up. They have just lost €200m on international television rights and on a national level it’s 10% down. I would be sorry if Messi left, he’s the best ever, but we should not become obsessed with [individual] players.”