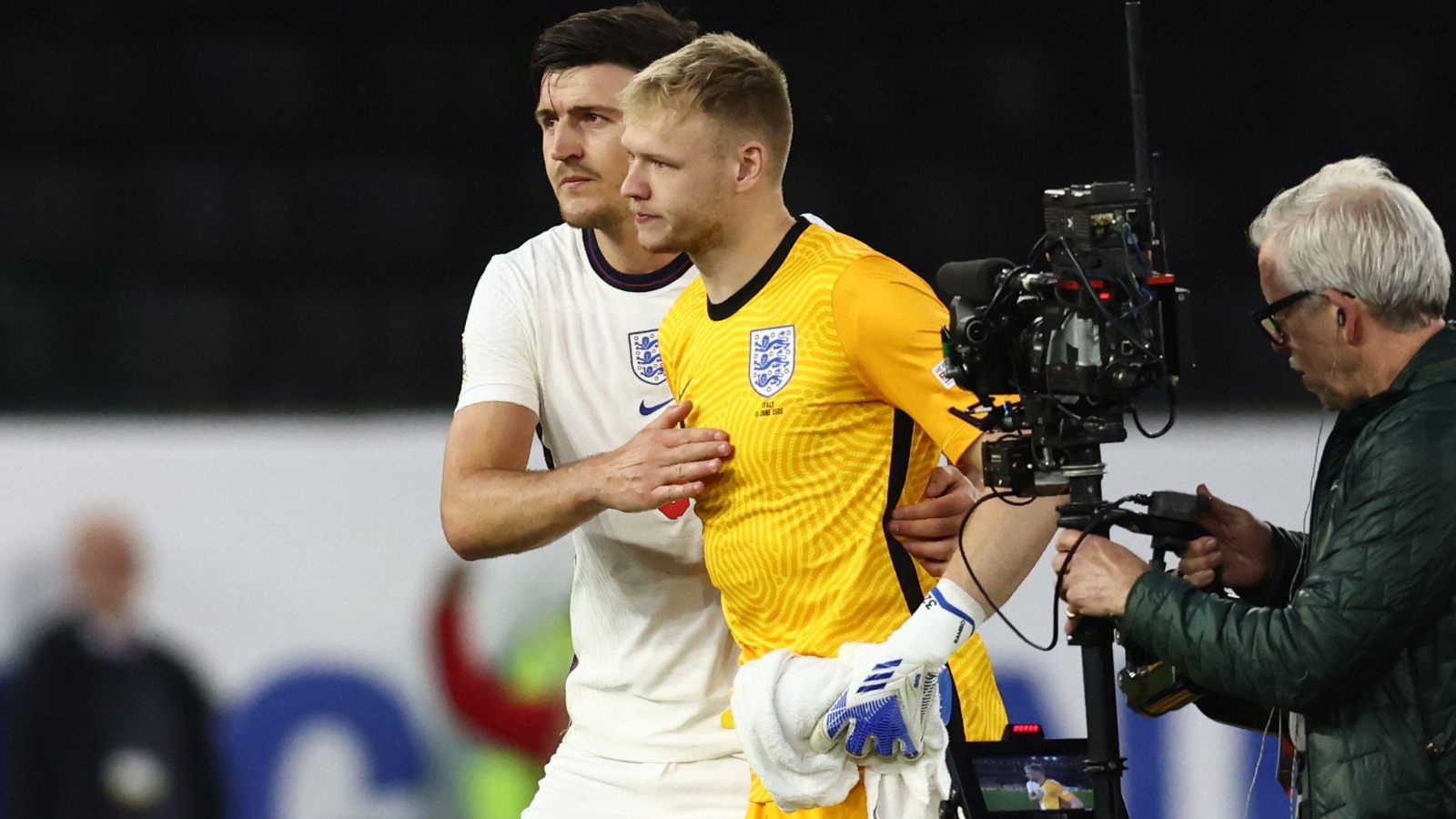 Gareth Southgate was ‘quite pleased’ with England’s performance despite lacking ‘that little bit of sharpness’ in attack during a goalless draw with Italy.

The Three Lions and the Azzurri played out a humdrum Nations League stalemate in front of empty stands as Southgate experimented against the inexperienced European champions in the Nations League.

England saw plenty of the ball, especially in the second half, but they struggled once again to crack a stubborn defence.

After watching Tammy Abraham struggle for service, Southgate admitted his side have to find other sources of goals.

“We’ve been too reliant on Harry and Raheem for our goals and other players have got to step into that space,” he told Channel 4.

“A number of them do it with their clubs but at international level at the moment they haven’t managed to convert that, so we’ve looked dangerous without getting the goals that are needed in the bigger games.”

However, Southgate insisted he was pleased with the general performance, and believes the lack of a crowd had an impact on the play.

“I don’t see how you can (call that performance cautious) because we were trying to move the ball through against a very good well-organised team,” the England manager said.

“We’ve got the ball into our forward players and we’ve given all of them a go and tried to refresh it because we know the state of the season that we’re at.

“So I think at the moment that little bit of sharpness in the final third isn’t quite there, but I was pleased with the general performance.”

He added: “You can’t ignore the fact that when you’re really pushing – and I thought second half that we were much the better team, you don’t have any crowd to help you or to put the opposition under pressure and it makes a massive difference to the team.”

When asked who he thought did perform well at Molineux, Southgate said: “I thought today that Aaron Ramsdale did very very well, he’s made a couple of really important saves and I thought his composure with the ball is exactly what we hoped.

“I thought Bukayo (Saka) also did very very well and really pleased that he’s come through from the slight injury he had and that’s going to give us more depth in that area of the pitch.

“I thought James Ward-Prowse did well today, he used the ball well, he controlled the game, his passing was good, so I think there have been some positives from the players that we’ve needed to have a look at.

“I thought Tammy (Abraham) was fine, I would like to see that chance go right at the start, but that’s probably the one that we felt we needed to refresh the three players when we did it but I wasn’t unhappy with Tammy’s performance at all.”