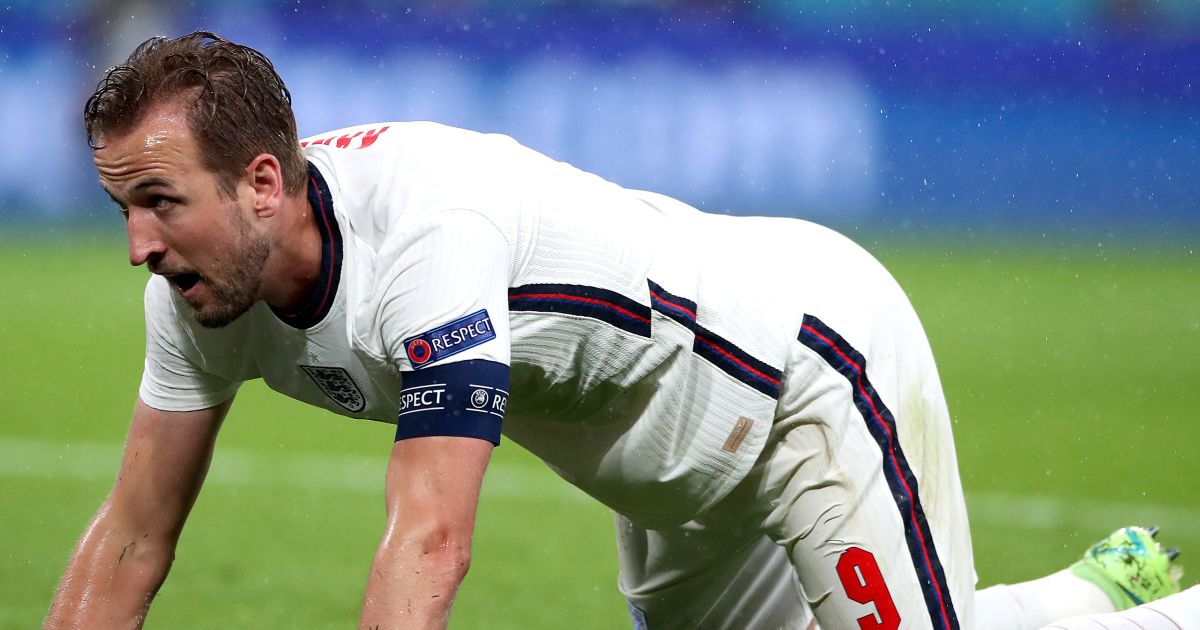 That wasn’t very good, really, was it?

England are pretty much through, though, and you wonder if there would be quite so much doom and gloom around had that admittedly quite dreary qualification-securing (pretty much) goalless draw had come against anyone else. But none of them were great and some of them were properly awful it has to be said. And we have (just scroll down to the Kane bit if you like).

JORDAN PICKFORD
Off his line smartly to stop Lyndon Dykes getting on the end of Che Adams’ pass. Huge save on the half-hour to deny Stephen O’Donnell. Rest of his work was ostensibly unremarkable but consistent safe handling in those conditions is impressive in itself. Very good case to be made that he was England’s best player on the night which says less about his good performance and more about everyone else.

REECE JAMES
Big header off the line. Might not have been going in, but still. Missed a presentable chance after being picked out by Kane. Might have just been surprised by Kane getting something right, in fairness. The addition of two attacking full-backs didn’t really make England more attacking.

JOHN STONES
Crucial block to deny Che Adams after a vibrant Scotland move and then crashed a free header against the post from a corner and all that inside the first 12 minutes. Remember back then? When the game was young and all things seemed possible? Take me back.

TYRONE MINGS
Stuck a head or a boot on an awful lot of things. Will presumably make way for Harry Maguire some time fairly soon but hasn’t let England down at all in these first two games.

LUKE SHAW
He was… okay. But didn’t perform notably better or provide notably greater width than Kieran Trippier did playing out of position in the first game.

DECLAN RICE
Difficult night for England’s double-pivot with Rice in particular looking more flustered and stretched than he has for quite some time in England colours. In a team performance so conspicuously lacking in cohesion and energy, eyes are inevitably drawn to the midfield. England simply weren’t the side setting the tempo tonight.

KALVIN PHILLIPS
Unable to break the lines and join the attack in the way he did so marvellously against Croatia as Scotland earned at the very least a share of the midfield spoils at a sodden Wembley. Perfectly decent performance but unlike the opening game, England were stodgy in midfield and unable to shift out of that rhythm anywhere else.

RAHEEM STERLING
Created a chance for Mount early on after picking Scott McTominay’s pocket. Nutmeg cross was a thing of beauty and Mason Mount should have done better. That apart, though, it was pretty rotten really. Lucky to survive when Phil Foden made way and a surprise to see him play a full 90 while Jadon Sancho sat watching it all unfold. Did have a good go at buying a dodgy penalty off Andy Robertson, an event that would have led to quite the discourse. We were spared that, at least.

MASON MOUNT
Stung David Marshall’s gloves with a stinging attempt early in the second half after a vaguely peripheral first half in which he only ever seemed to get on the ball in unthreatening and/or wide areas. Some very bad corners as well after Stones’ early chance highlighted set-pieces as a possible source of joy for England on a difficult night.

PHIL FODEN
Almost did a Gazza goal with his Gazza haircut and who cares that it was offside. Much the liveliest of England’s players in a slightly ponderous first-half performance in general from the Three Lions. Oddly very, very slightly less involved in a very, very slightly better first 15 minutes of the second half from England’s attacking players and ultimately the man to make way when the Jack Grealish Clamour reached unignorable levels.

HARRY KANE
Is he actually… bad? Headed a skidding Reece James cross wide from an ‘offside’ position that would definitely have piqued VAR’s interest but once again spent the bulk of the game on the periphery of everything and misplacing passes when he did get on the ball. It’s hard to know what his role actually is. He isn’t playing as a goal-hanging frontman reliant on service. He isn’t dropping right into midfield to dictate terms as he does for Spurs. He looks slow and leggy – the way he always looks for three weeks after returning from an ankle injury two weeks early. Is there something in the fact that he is surrounded by Manchester City players who have grown used to not having a centre-forward and Chelsea players who have grown used to having ones that don’t score any goals? Is he simply being marked out of games and still creating space for others? You could argue both those points if you wanted, but there’s no getting away from the fact that it’s not just that he’s seeing little of the ball, it’s that he’s doing so little with it on the occasions when he does. Picking up the ball on the shoulder of the last man and instead of getting a shot away just turning around and trying (and failing) to give the ball to Grealish is just not very Kane. Not because he’s selfish, but because one of the things he is so, so good at is making the right decision in those key moments. Whether he’s not quite fit, whether his uncertain club future is impacting him more than he is letting on or whether he is simply a big-game bottler, he’s been dreadful in both games here. Lucky to get 74 minutes before Marcus Rashford replaced him.

JACK GREALISH (for Foden, 63)
Got his chance. Got the ball quite a lot. Got fouled quite a lot. Never in areas where it mattered much, though. Not a good night for The Clamour, despite the general soporific nature of England’s attacking play. Trying to pass to a substitute a highlight, sending a message to Southgate about once again only using two of his five available replacements perhaps.

MARCUS RASHFORD (for Kane, 74)
Did as little as Kane really, albeit with a touch more energy. For all that England’s starting XI were leggy and laboured, things didn’t really get any better after the substitutions.