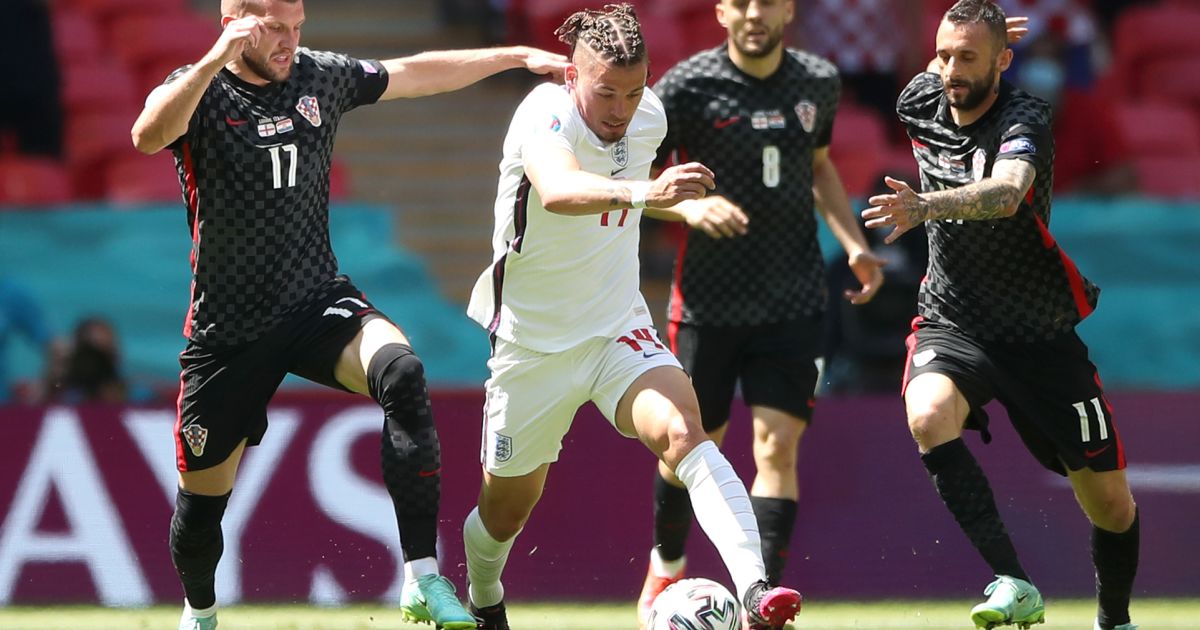 JORDAN PICKFORD
Had little to do, but did what he did unfussily. One dodgy sliced kick was the only real setback, while his ostentatious shepherding and diving on a loose ball in stoppage time was lovely stuff.

KYLE WALKER
Did a fine job breaking up plenty of attacks in the first half. A lot of them were England attacks, but you can’t have everything. While there were a couple of alarmingly poor moments on the ball, defensively Walker was excellent. Specifically his positioning – most notably when placing his body calmly yet crucially between an iffy bouncing ball and Ivan Perisic. Overall ended the game in profit.

JOHN STONES
Will surely be pleasantly surprised that he and Mings weren’t put under more pressure due to both the quality of England’s effort in front of them but also the lack of incision – certainly compared to three years ago – from a Croatia side that was made to look old and slow. Like the rest of England’s defence, what he had to do he did. That’s fine. This is genuinely fine.

TYRONE MINGS
Perhaps the most under-pressure member of England’s starting XI and will have been delighted at the quiet start to the game the excellence of England and ponderousness of Croatia allowed him. Had almost nothing to do for the first quarter, at which point he headed a dangerous Vrsaljko cross clear with zero fuss. Set up a good chance for Sterling and had a header from a Trippier free-kick and can be thoroughly delighted with his display. Still makes way as soon as Maguire is available, but that was a fine performance.

KIERAN TRIPPIER
Skinned once by his fellow Atletico Madrid right-back Vrsaljko who had the unfair advantage of actually playing at right-back. The whole idea of Trippier as first-choice left-back is a bafflement no matter the tournament experience and the rest of it that he brings. That one moment apart he actually put in a perfectly fine defensive shift and certainly let nobody down, but there were a couple of spurned crossing opportunities that highlighted the self-inflicted limitation England impose on themselves with Trippier over Shaw or Chilwell. And the performances of tournament newbies like Mings and Phillips offer a compelling counter to the ‘experience’ justification. In summary: Trippier did a perfectly adequate job but in a role for which others just seem markedly more suitable.

KALVIN PHILLIPS
Wow. One thing we can be absolutely certain of is that nobody will be getting carried away by a man-of-the-match performance that clearly cements Phillips’ status as the world’s best midfielder. Just a fantastic performance, playing with unexpected authority and invention in a more advanced role that was a huge tick for himself and his manager. A complete midfield performance, controlling the middle of the park against the wise heads (if ageing legs) of Croatia’s engine room. Had a 100% pass completion in first half – 18/18 – and while that dropped off ever so slightly in the second half, the run and perfectly weighted pass for Sterling’s winning goal more than made up for that. Could even have had a goal in the early stages with a well-struck shot from distance through a crowded penalty area.

DECLAN RICE
The impact of Rice’s selfless performance was notable not so much by what he did as its repercussions immediately in front of and behind him. Did Stones and Mings ever look under particular pressure? Did Mount and Phillips have freedom and opportunity to move England forward? A pair of emphatic yeses there, and while all those players were excellent on the day the quiet endeavours of Rice made life easier for all of them. 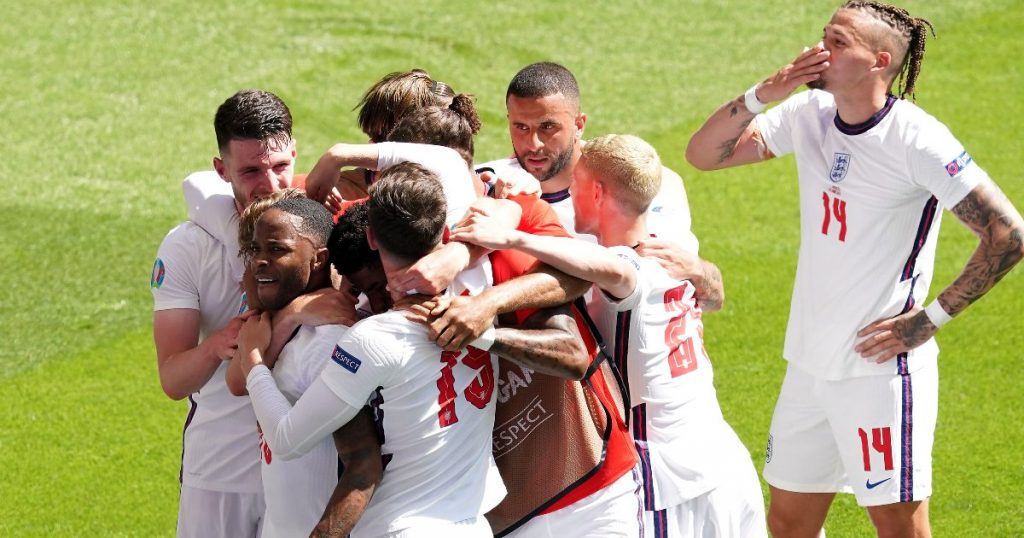 RAHEEM STERLING
Set Foden away for the early chance that came cannoning back off the post and that thoroughly set the tone for Sterling’s best game in quite some time. Not just for England, but for anyone. Showed there is more to his game than just running and took his first tournament goal for England superbly well. Across the 90 minutes (he was replaced in stoppage time) was perhaps the most consistently involved and threatening of England’s impressive attacking unit and could have done little more to justify his inclusion. Gave all Croatia’s defence an absolutely torrid time. Sterling >>>>>> Euro.

MASON MOUNT
Wonderful clipped ball for Sterling on 20 minutes in a move that involved all of England’s starting front four (although not the false nine Kalvin Phillips) and typified England’s early dominance. An absolute certain starter for England and we have absolutely no problem with that. He’s really very good.

PHIL FODEN
Almost announced himself in international tournament football with a dreamy goal inside five minutes, but his curling left-footed effort cannoned off the inside post. A huge part of the fast and furious start England made in a genuinely captivating first 20 minutes. Faded – perhaps inevitably given the sheer effort expended and the heat at Wembley – but also found himself double-marked after that early warning of the threat he poses. With Croatia taking similar steps to wrap up Harry Kane, it had to create space for others. Phillips and Sterling took full advantage of that.

HARRY KANE
In a way, Kane having such a disappointing game is a huge plus for England. Getting a deserved win in a game where their talisman does so little is hugely encouraging and highlights how deploying two or even three players to stifle Kane as creator and/or goalscorer carries a huge risk against this particular England side. Had only one real sight of goal, and that ended with him crashing painfully into the woodwork.

MARCUS RASHFORD (for Foden, 71)
Failed to replicate Foden’s impact in his 20-minute cameo from the bench, but it was fine. England really did shut the game right down in those closing stages in atypical fashion.

JUDE BELLINGHAM (for Kane, 82)
Straight into it with a meaty midfield tackle as the youngest ever Euros player as England looked to hold what they have in the closing stages.

DOMINIC CALVERT-LEWIN (for Sterling, 90)
Had one pass and misplaced it, apparently. Don’t remember it. Clearly didn’t matter much.