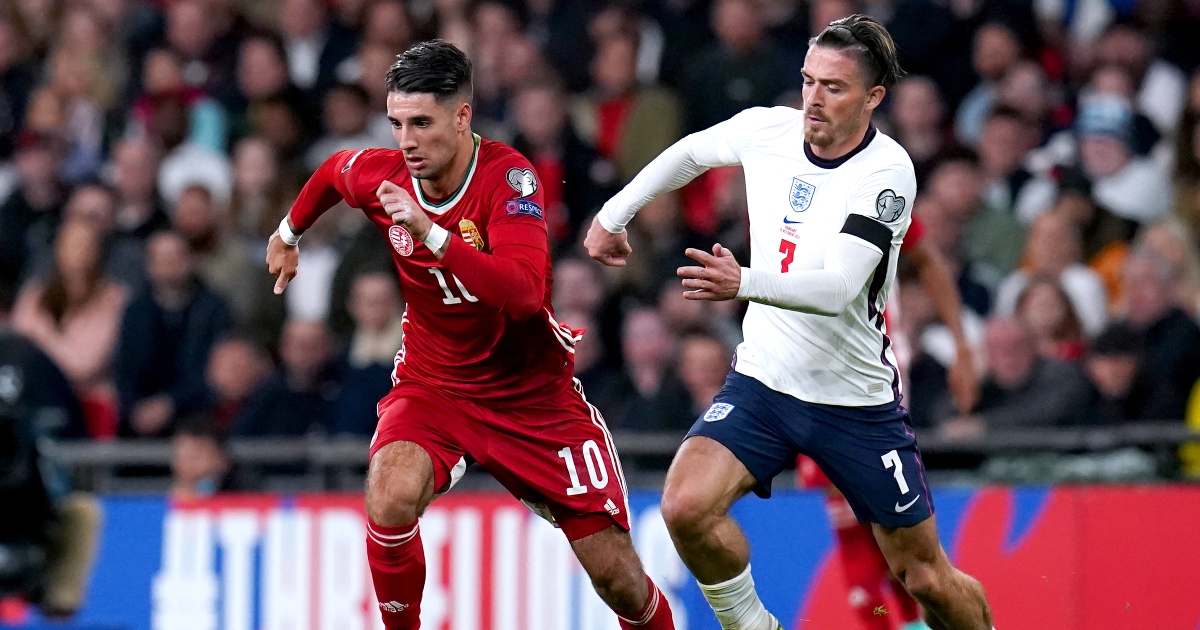 England remain on course for World Cup qualification despite suffering a disappointing draw on a night when Hungary were once again let down by some of their fans.

Gareth Southgate’s undefeated side are on track to win Group I with only next month’s matches against Albania and minnows San Marino remaining on the road to Qatar.

But an exciting-looking England side struggled against Hungary, with John Stones cancelling out Roland Sallai’s penalty in a tepid 1-1 draw under the Wembley arch.

This qualifier will be remembered more for what happened off the pitch than on it.

On a night when a banner was displayed in the away section opposing players taking the knee, the Metropolitan Police confirmed a spectator was arrested for a racially aggravated public order offence for comments directed at a steward.

The police clashed with Hungarian fans and appeared to be pushed back into the concourse early in the first half, with the Football Association pledging to investigate the incident and report it to FIFA.

Hungary looked ready to break on the counter against the out-of-sync hosts, who fell behind for the first time in this qualification campaign in the 23rd minute.

England were soon claiming a penalty of their own when Kane went down in the box and Grealish was unhappy about the roughness of some attention he was receiving.

But two Manchester City team-mates helped improve his mood in the 37th minute. Phil Foden, so impressive against Andorra on Saturday, sent in a free-kick from the right and Stones reacted to score at the far post when it was flicked on.

Grealish threatened a quickfire second and Foden sent over another free-kick, with Sterling having the chance to score in stoppage time only to fluff his lines after Peter Gulacsi saved his initial header.

The Hungary goalkeeper stopped a Sterling cross and held onto a Kane effort when play got under way after the break, with a Foden set-piece headed narrowly wide by Stones in the 62nd minute.

Fans were becoming frustrated and the decision to take off Grealish was not unanimously popular with the Wembley crowd, despite replacement Bukayo Saka getting a superb reception.

Kane threaded through Sterling but Gulacsi spread himself well to save, with the England skipper lashing off target as paper planes began to be aimed at the pitch.

Southgate took the bold decision to replace Kane and Sterling with Tammy Abraham and Jordan Henderson as the match entered the final 15 minutes.

Substitute Filip Holender bent over as Hungary looked to snatch a shock winner, with England failing in their attempts to grab a winner as late substitute Abraham limped off.