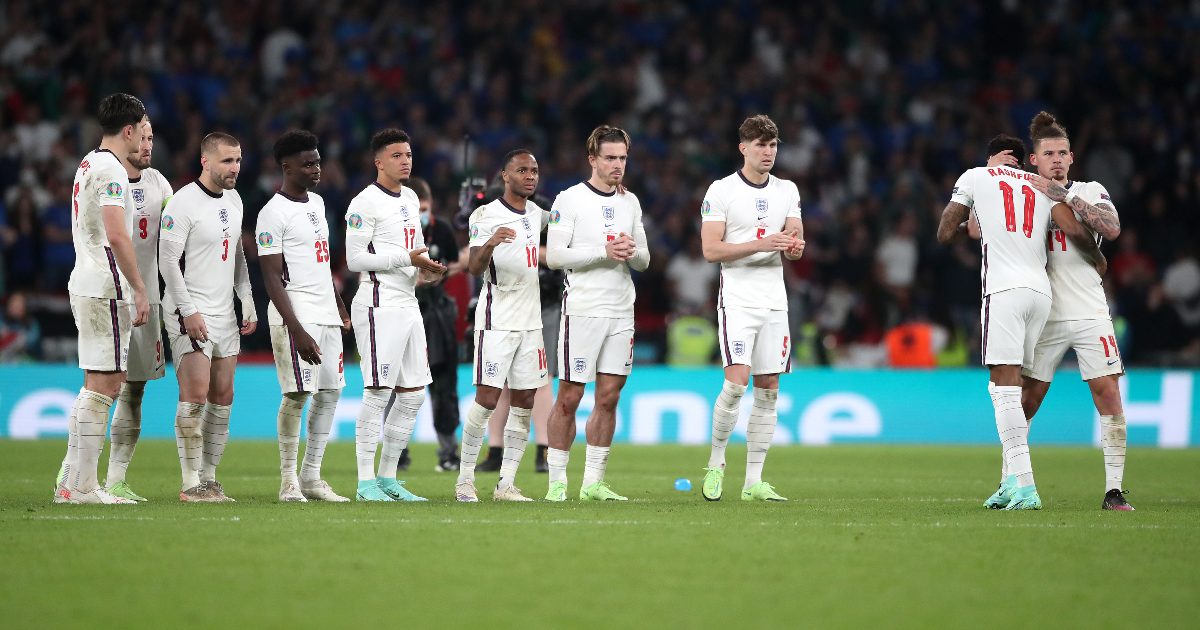 The nation was at a standstill for the Three Lions’ biggest match in 55 years and Luke Shaw’s early stunner at a rocking Wembley had fans dreaming that football would be coming home rather than going to Rome.

But Italy wrested control of Sunday’s final and deservedly levelled through Leonardo Bonucci, with the match going to extra-time and on to spot-kicks after it ended 1-1.

England boss Southgate failed with the key effort in the Euro 96 semi-final loss to Germany and Wembley witnessed another gutting shoot-out loss in the country’s first ever European Championship final.

Jordan Pickford denied Andrea Belotti and Jorginho, but Marcus Rashford hit the post before fellow substitutes Jadon Sancho and Bukayo Saka were denied as Italy won the shoot-out 3-2 to make sure of silverware.