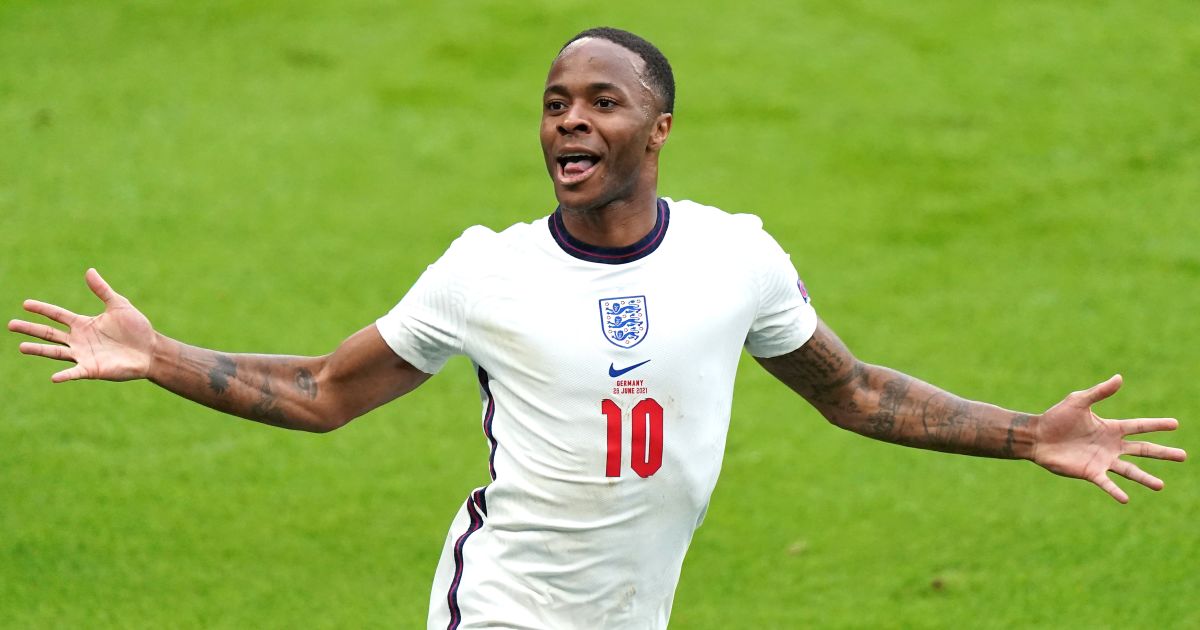 Vindication for Gareth Southgate and some excellent performances all over the pitch. Even Harry Kane came good in the last 15 minutes.

That first 10 minutes was a bit hairy, though, wasn’t it? The rest was much better.

JORDAN PICKFORD
Projection on my part but looked worryingly like slightly wild-eyed Bad Jordan in the early minutes, scrambling across goal in apparent panic at a cross that Kyle Walker always had in hand. Neither of us needed to worry. He was absolutely fine after that, coming out of his area smartly to snuff out one potentially dangerous moment and making a fine save to deny Timo Werner on the half-hour after it looked for a horrifying moment like a Havertz-Werner Chelsea combination was going to undo England and fulfil the nightmare we all had where Werner picks this game to turn from figure of fun to lethal marksman. Another big save in the second half to deny Havertz and gets some credit for forcing Muller to at least make a decision before failing to find the corner in what was Germany’s very own Gazza moment.

KYLE WALKER
Had all the touches in the first five minutes, for better or worse. Calmly nodded behind for a corner, then gave the ball away as England struggled to maintain their cool in a febrile Wembley atmosphere. The few non-Walker touches in that period were all German and roundly booed by fans no doubt making a justifiable and fair point against Marxism. But Walker was then absolutely excellent alongside the equally imperious Stones and Maguire. The back three and wing-backs in the end each did precisely what Southgate needed and asked of them. Walker’s pace in that back three is also a huge get-out-of-jail-free card for England.

JOHN STONES
Four games, four clean sheets, and he’s played all but 11 minutes of it. His resurgence has been one of the most important things to happen for England in the last eight months. Three tackles, three clearances, a 96.4% pass completion rate (highest of anyone on either side), and no fouls. Just quietly, efficiently, faultless.

HARRY MAGUIRE
Two big early towering headers over Thomas Muller earned huge Wembley roars before the equally textbook Maguire sight of a marauding forward run that ended with a pass to Saka. With this midfield set-up, those forward runs are genuinely just as important facets of Maguire’s play as the defensive leadership. Tame header from an inviting Trippier cross was most un-Maguirelike, though. Booking for clumsy trip just after England had gone ahead highlighted the more worrying side of his game, but despite the clean sheets in the opening two games there’s no doubt England’s defence and overall play has carried more authority and – we hesitate to use the word because it invites banter – weight since he came back into that back line.

KIERAN TRIPPIER
Set-piece delivery was good, but from open play a touch disappointing. Yet like Shaw on the other side kept getting into the advanced positions necessary to make this formation work and in the second half in particular helped pin back those German wing-backs who tore Portugal to shreds. In other words: job done.

DECLAN RICE
Got in a horrible mess as Leon Goretzka got through early and picked up a yellow card in conceding a free-kick on the edge of the box. When the referee pulled his little card wallet out of his pocket with the red side facing up, the collective falling out of an entire nation’s arse could be heard from space. That he then played another 80 minutes on a yellow card in a game of this significance with barely a missed step and not a moment of panic until cramp took hold when the game was done is a huge compliment. A towering performance.

KALVIN PHILLIPS
Just very, very good once again. Couldn’t always do it and it didn’t always come off, but was always looking to make the progressive pass, the aggressive option. Vital in this line-up and this formation. Back to Croatia levels of excellent here, he really was. Like Rice, spent a long time on the yellow-card tightrope and did it nervelessly and with utter professionalism.

LUKE SHAW
Set up the winning goal for England in a knockout game against Germany. Everything else is a footnote. That footnote would probably say something about him being prominently involved in both goals by getting into very advanced positions. A very good performance even without those two key contributions.

BUKAYO SAKA
The youngest England player and the only one who didn’t need 15 minutes to calm to terms with the occasion. Might be something in that. The more he came into the game in those early exchanges, the better England looked after a nightmarish first 10 minutes that could on another day have left England in all manner of very early yet potentially insurmountable bother. He very quickly became the England player where you could hear the shift in crowd noise when he got on the ball. An expectation rather than mere hope that Something Might Happen. Of course, this can just as easily be read as criticism of the other 10 players in that disconcerting opening spell. Either way, was the key player in the transition from those first 10 minutes, which were awful, to the rest of the match, which was not. Not as involved second half before making way for Jack Grealish and the Clamour. His contribution will inevitably be overshadowed by what followed, but it should not be forgotten.

HARRY KANE
I have no notes on him for the first half-hour. The first note at that point says ‘Check if has touched ball’. Apparently he touched the ball twice in the first half-hour, but I remember neither of those. Did come into things in the final minutes of the half after dropping deep in ‘Tottenham Kane’ fashion to get on the ball. Nearly played in Phillips and then won a free-kick after a smart turn. Absolutely should have scored – and at his best absolutely would – when the ball broke to him in front of goal in first-half stoppage time. Taking a touch was probably the right decision; taking a clunking great leaden heavy one was not. Barely involved again in the second half, until some understated but vitally important hold-up work in the build-up to Sterling’s goal. Then headed home a second to not so much settle the nerves as obliterate them entirely as he suddenly sniffed a chance and raced forward to get on the end of Grealish’s perfect cross. Just goes to show the old saying is still true: you can never write off Harry Kane.

RAHEEM STERLING
Started and finished the move that unlocked the game and in doing so became the first player since Gary Lineker in 1986 to score England’s first three goals at a tournament. All of them pretty important, too. Great work to create an early shooting chance which forced Neuer into (relatively comfortable if photogenic) action. Guilty more than once of either keeping the ball when he should have passed or running into traffic or even doing both at the same time. Then having raised the roof by giving England the lead so superbly with 10 minutes to go gave the ball away to set Muller away for what looked for all the world certain to be the equaliser until it wasn’t. For all his ability and the obvious potency of his threat, he can be occasionally maddening, there’s no point pretending otherwise. If he keeps scoring in England wins, I don’t suppose anyone will care about that all that much and you have to say fair enough.

JACK GREALISH (for Saka, 69)
Actually had a slightly dicey start but then played in Shaw to set up the first before curling a cross on to Kane’s head for the second and that’s what he brings. But none of that means it was wrong for Southgate not to start him; it just proves he got the substitution just right. Also wasn’t fouled even once in 21 minutes plus stoppages, which surely can’t be right, can it?