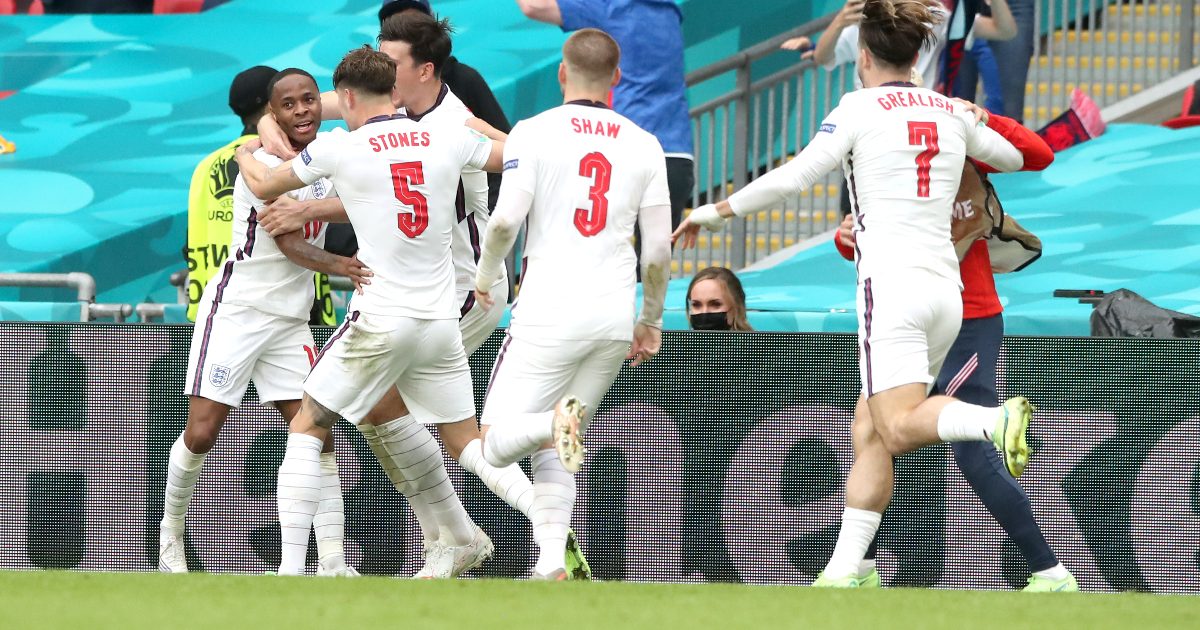 England beat Germany 2-0 and so we have rushed out an initial Mailbox from that first hour after the final whistle.

Read our England ratings and send your own to theeditor@football365.com

The England manager knows more than we do
I’m a bloke who watches football on TV sometimes. Gareth Southgate is a bloke who has been a football professional all his adult life, who has played, coached and managed at elite club and international level, who has several professional football qualifications, and who has spent the past few weeks training the England squad.

At 4pm today, it was clear to me that Mr Southgate’s judgement was sorely lacking. What sort of joker would pick five defenders and two defensive midfielders? Doesn’t he know we actually need to SCORE goals??? And why would you try to counter a four-man midfield composed of excellent ball players with two defensive midfielders and two full backs? Surely you need someone who can keep the ball rather than just win it back? And why on earth reshape a defence that’s been the only unmitigated positive of our tournament so far? I mean seriously, who even is this guy?

At 7pm today I had cause to revisit some of my earlier judgements.
Tom, En Ger Land

…Can we all just agree that Gareth Southgate made us all look like sofa fans with his decision-making today? I was definitely in the Shaw off, Saka to LWB and Sancho on camp, and would have taken off Kane and Rice for Rashford and Henderson before the hour mark. It felt like one of those occasions where you can’t believe that the manager can’t see what you can… Until you realise you’re just a half-informed fan who is awful at predicting football.

Fair play England, that was very fun. Mad that Sancho, Mount, Foden, Rashford, James, Henderson (pretty much) and Chilwell all sat and watched the whole thing. They definitely have the strongest squad left in the tournament (and the least travelling to do across the tournament). If they don’t reach a final this time I don’t know if they ever will!
Jamie

…Maybe Gareth Southgate does know what he is doing.
Shehzad Ghias, MUFC, Karachi

…As the site so succinctly summed up my letter the other day when the England team and the world were doomed:

Mordor: Completed it
The ring must have been made of Sterling silver.

Great result, sure everyone was saying what he should/shouldn’t have done between friends but Southgate got it spot on.

Loving the spunk of this England team
So was it really the group of death? The media would have you believe they were all great teams cancelling each other out, but looks like they were just mediocre. So much for France being able to put two teams out that could win this tournament with their squad.

Apart from the opening 10 minutes, England pretty much took it to Germany, were the better side and deserved the win.

Southgate’s three at the back to go toe to toe with Germany, unlike the Portugal, Hungary and France, blunted Germany’s attacking potential. We didn’t see much of Gosens and little of Kimmich.

Who would have thought Pickford would look like the best goalkeeper at the tournament so far? Didn’t pick him for my fantasy team. Drat!

Kane was still slow and lumbering around for most of the game. Shearer was suggesting Kane should have been shouting at his team, at half time, for better service. But really, he wasn’t breaking his marker, was too slow to break the line and his first touch was not good. Lucky he got a goal.

Sterling was a live wire all game. He sometimes completely screws up his fist touch or is slow to release to a player on space but in this game he had the German defence pushed back. They seemed scared to tackle him and he took full advantage. He has really been up for this tournament. Definitely the player of the tournament so far.

Was it Grealish coming on that made the difference? He was unselfishly involved in both goals, as was Shaw. After Shaw’s great comments regarding getting in Mourinho’s head, it must be wonderful to be playing so well and two fingers up to Jose. Our left side was the most potent. When Shaw starting pushing forward more, England were so much more dangerous. Will need to see more of that on our right in the next game to be more balanced and difficult to defend against.

Interesting to see what a team of young players, not overawed by the event, having confidence in their skills can actually do. Something we haven’t seen in a long time in an England shirt. Unlike all the talk of unity and togetherness in the French and Dutch squads, the England squad seem to naturally show it rather than talk about it. Hats off to them.
Paul McDevitt

…Delighted to see Sterling finally remember to take people on and what a difference. What a player at last. It even woke Kane from his slumber. But that midfield duo of Rice and Philips were animals, nicking the ball, driving forwards. When Grealish finally appeared it give some calmness. Sako was excellence but Grealish offered a different kind of threat that made space for others.

Only question for me is what has Sancho done to Southgate that he can’t get a game?

Either way, finally we go forwards with confidence and a quality if anxious performance. Can start to believe.

Kane, Southgate, Phillips and more
* First point of order; that feels so bloody good, the only victories over Germany I remember are ones that didn’t matter ultimately, group stage victories from which neither progressed, qualifiers for tournaments to which we both qualified anyway etc etc.

* Whatever else happens, Phillips has earned himself a move up the football food chain; one minute he’s making things happen in the opponents box, next minute he’s clearing out opponents on the halfway line, the Yorkshire Pirlo is top drawer.

* There were moments in the second half when Kane moved off the centre back, calling for an early ball which never came (reminding me of Soldado at Spurs in the prime Townsend cutting inside and shanking it days), but once Grealish came on, his hold up play become more pronounced before his goal involvement and then goal itself, so maybe he just did need the right supporting cast? Maybe cagey group matches weren’t the best proving ground and he needed to get into open knockout games against elite opposition to prove his worth? Either way, can the naysayers now pipe down?

* Similarly those who have criticised Southgate; bar the Sterling substitution in the 2018 semi, I can’t think of a bad call he’s made, every formation, starting eleven, substitution has paid off, he’s continuously managed the squad and expectations.

* It’s annoying that all the warm-up game clean sheets weren’t enough to convince the hacks our defence wasn’t our ‘weak link’, but will four tournament clean sheets now do so?

* After the Greece holiday fiasco I thought Maguire was a bit of a nob, but the lad does do a very eloquent interview, has this always been the case? Or is this another Southgate knock on effect?

* It really could be coming home…
Jerome, Bristol Spur

Cheering England from Ireland
As always, us Irish lads have been following Englands progress in an international tournament from across the Irish Sea with keen interest.
I’ll be honest, the majority would have relished an early exit for Southgates men, there’s no love for Sporting England Inc over here, be it in rugby or football. It’s the perceived entitlement that annoys us before you ask.

Yes the Republic of Ireland play awful football and didn’t qualify and it’s high time we looked beyond our traditional bitterness towards England but here we are, we’ll get over it eventually. However, this time feels different. For me, Clive, at least.

The infatuation with chest thumping “pashun” over tactics as seen in previous decades isn’t in evidence in 2021. This English side is rock solid with an edge going forward. They’re not pandering to the big names from the big clubs as much as before, trying to shoehorn in players based on reputation rather than suitability.

They’re a resolute side with depth who aren’t desperately trying to impress everyone with Hollywood football. They’ve a clear plan and they exercise it efficiently. I find myself rooting for them against Germany and now genuinely satisfied that they’ve gone through. The reason for this is simple.

Gareth Southgate comes across as a very likeable person and the squad itself has displayed that rarest of English traits, humility.

By progressing further and further into the tournament, Southgate also renders the toxic tabloid English media impotent. The entitled and arrogant naysaying fans who think they know better will hopefully have to wait a little longer to stick their knives in.

As we know the confidence and initiative was beaten out of previous squads by the intense pressure from home by the people who relish a bad news story, the opportunity to gloat about how they were right and the manager was wrong, crushing the spirit of players with constant and unfair criticism.

For the reasons above, I genuinely hope this group gets to a final where they acquit themselves well, banishing the perennial weight of expectation and the pressure of constant references to 1966.

Obviously I’ve not taken the soup completely (look it up) and would be cheering vociferously for whatever opponent England face in the final. Baby steps lads, baby steps.
Eoin (Italy vs England final would be a fine way to cap this tournament to be fair) Ireland

Were Germany all that?
Looking forward to reading all the bitter mails from people who will now claim that Germany aren’t a top-tier team purely because England beat them. Those mental gymnastics are going to be fun to read.
Turiyo Damascene, Kigali, Rwanda

E-mails before the game
No matter how this game turns out, can we all agree that playing 7 defenders, one striker who’s massively off form, a winger who has had two good moments in three games on the back of a mixed seasons and one exciting talent who will basically have to carry the team is a bizarre way of setting up a side?

I just hope I look foolish by the 126th minute.
BadWolf

…Southgate should be fired for this team selection.

Though at least the involvement of Saka will make it interesting for me.
Gooner, London

And try to do the same.

Are Germany strong in midfield?

So thank god we aren’t looking to try and take advantage of that with the best collection of attacking players in Europe, that would be unfair.

No connection between any of the 8 and the attacking trio.

This will be excruciating.
Tim Sutton