Home All The News England 3-0 Republic of Ireland: The Three Lions ease to victory 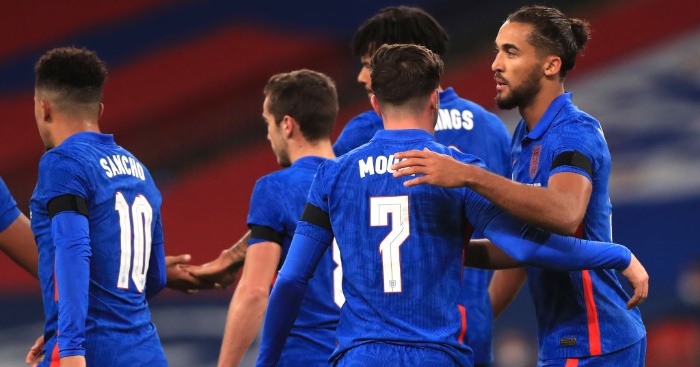 England earned a comfortable win over the Republic of Ireland thanks to goals from Harry Maguire, Jadon Sancho and Dominic Calvert-Lewin.

Just 29 days ago, Maguire was sent off here in a Nations League defeat to Denmark as a turbulent time on and off the pitch came to a head for the Manchester United defender.

But, with Harry Kane rested, England boss Gareth Southgate gave Maguire the captain’s armband and his unwavering faith in the 27-year-old was vindicated when he opened the scoring in a routine 3-0 win.

He put England ahead early on before Jadon Sancho’s first international goal in 14 months and a Dominic Calvert-Lewin penalty settled a one-sided affair.

Jude Bellingham also became the third-youngest player in England’s history, Sancho’s Borussia Dortmund team-mate coming on in the closing stages for his debut at the tender age of 17 years, 136 days.

Ireland were without a host of regular names due to injury and failed to have a shot on target in the opening 70 minutes, with Stephen Kenny still waiting for his first win in charge.

There would have been a few envious glares at the England teamsheet which contained both Grealish and Michael Keane, who both represented the Republic of Ireland at youth level.

Grealish has been in fine form for Aston Villa and impressed on his second England start as Southgate gave him another chance to stake his claim for a more regular position in his side.